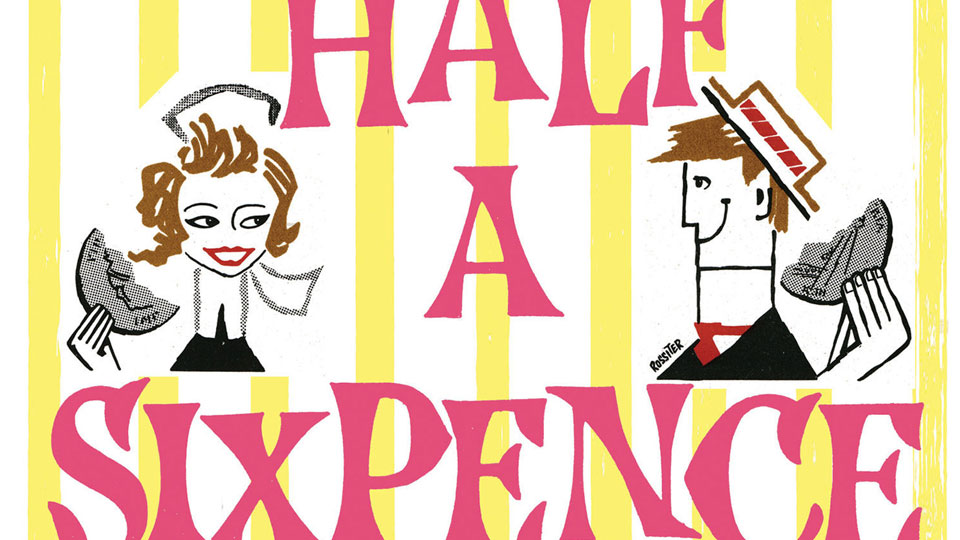 Stage Door Records announce they will release Half A Sixpence on September 29th, 2017.

Half A Sixpence is considered one of the most iconic and enduring British musicals of the 20th Century. The musical adaptation of H.G. Wells’ novel Kipps featured music and lyrics by David Heneker with book by Beverley Cross and opened at London’s Cambridge Theatre in March 1963 starring Tommy Steele as Arthur Kipps. On March 13th 1962 (exactly one year before the show opened in the West End) the studio demo recordings for ‘Kipps’ (the then working title for the show) were recorded at London’s Olympic Studios.

Performers featured on the demo recordings include Tommy Steele, Rita Williams, Roy Sone (Tommy Steele’s understudy in the Original London production), Joanna Rigby and writers David Heneker and Beverley Cross. Backed by the Kenny Powell Trio, the studio demos effectively capture the magic of David Heneker’s classic score and feature many of the stand out numbers from the musical including ‘If The Rain’s Got To Fall’, ‘Money To Burn’ and ‘Half A Sixpence’. The recordings also highlight several songs which would later be cut from the show and provide a fascinating insight into the development of the musical.

The previously unreleased Half A Sixpence Studio Demo Recordings have been digitally remastered from the studio master tapes. All tracks make their debut on CD.