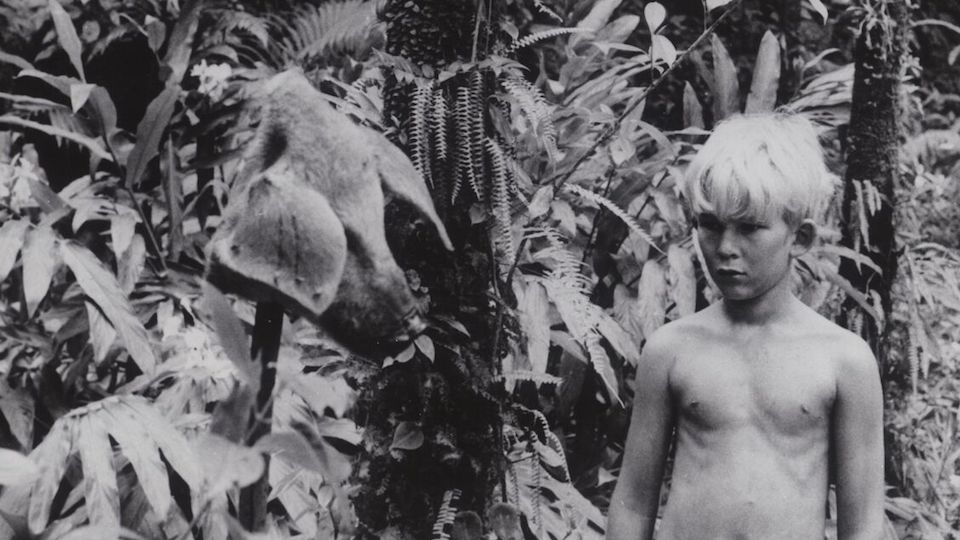 Criterion certainly seem to have the knack of being timely and relevant with their UK releases. 12 Angry Men – a film about a room full of white men deciding the fate of a boy from a minority background – was released at the same time as a group of white men in an oval room were plotting to remove health care from millions of working class Americans. Now comes the release of Lord of the Flies, with its harrowing Chris Marker-esque opening montage of still images, depicting the outset of nuclear conflict, which thanks to the childish posturing of two pathetic world leaders is now a distinct possibility.

That is just set up of course, what the film is really about is the violence, paranoia, and hate that exists within the human condition. More specifically, Lord of the Flies looks at how easily the shackles of civilised behaviour are tossed aside once the dog whistles of our base hates, fears, and desires are blown. Anyone who watched in horror as the Charlottesville protest became a murderous rally of Nazis, fascists, and Klan members, will find revisiting this film to be a sobering and prophetic experience.

Are you still with me? This is a film review, I promise. So…on to the film. To establish as authentic a portrayal of William Golding’s novel as possible, acclaimed writer-director Peter Brook, took his entire cast of non-professional child actors to the island of Vieques, Puerto Rico, where the story of the book was essentially played out for real. If it wasn’t so expertly staged you could argue it was almost guerrilla style filmmaking.

The harrowing details of the plot will no doubt be burned into the memories of anyone who studied the book at school, and even now it has lost none of its potency. Lord of the Flies depicts a group of schoolboys who have crash landed on an island after being evacuated from England. No adults survived. They are completely alone.

Clinging on to the lives they once knew, the boys try to retain order. There are distinct class and social structures on the island, just like there would have been back home. The conch which calls them to assembly is their symbol of authority. Ralph (James Aubrey) is democratically voted as Chief. Jack (Tom Chapin) wants to be a hunter, but the reality of actually killing an animal stays his hand. Despite what has happened, they are still just schoolboys. But then they start to forget about the lives they once knew. And oh how thin the veil that keeps us from chaos.

Only Piggy (Hugh Edwards) manages to stay rational as all around him lose themselves to fear and paranoia. There are whispers of a beast that emerges from the sea. Jack uses the fear of the little’uns to take control from Ralph, as only he and his “hunters” can protect them from the Beast. It’s the politics of fear, which we’ve become so familiar with in the last few years. When Jack brings a slaughtered pig back to camp for the boys to eat, and the ominous “kill the pig” chant begins, I couldn’t help but hear the echoes of “lock her up, lock her up.”

Aside from the opening montage, there are no other overtly cinematic moments in the film. Brook, a renowned theatre director, takes a simple, almost documentarian approach to the material. Nothing needs to be accentuated with flashy filmmaking. Watching these innocent boys descend into the heart of darkness is enough horror by itself. One of the great British films, it is utterly essential viewing.

The full package – as is so often the case – is lovingly put together by Criterion. A sharp new transfer is accompanied by an extensive audio commentary recorded in 1993, featuring director Peter Brook, producer Lewis Allen, cinematographer Tom Hollman, and cameraman Gerald Feil. There is also an audio recording of the novel, read by William Golding himself, recorded in 1977.

This disc also features a selection of behind the scenes video pieces, featuring home movies, screen tests, outtakes and on set stills. There is a 30 minute interview with Peter Brook, a detailed interview with Gerald Fiel, and an excerpt from a 1980 edition of The South Bank Show with William Golding discussing his most famous novel.

There is also some incredible, never before seen footage filmed on set by the boys with an 8mm camera. The director had given the camera to them to document their strange adventure on the other side of the world. This footage is accompanied by a reading from Tom Garman, who played Simon in the film.

In this article:Criterion Collection, Lord of the Flies, Peter Brook