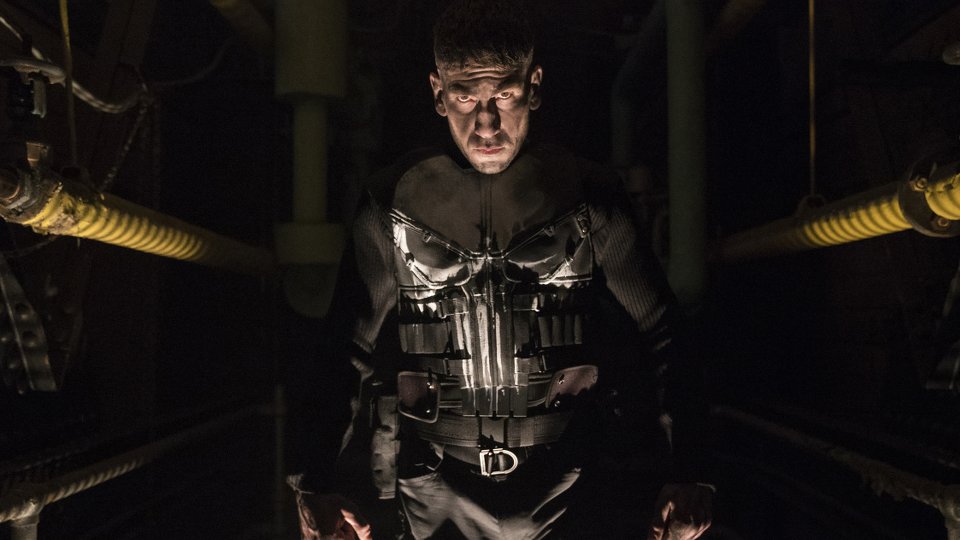 A new teaser trailer entitled Demolition has debuted for Marvel’s The Punisher.

The short teaser shows Frank Castle (Jon Bernthal) aka The Punisher using a hammer to smash the ground below him up. There are scenes from the series throughout setting the scene of Castle’s rage following the murder of his family.

As the final moments of the teaser arrive, the camera pans out to reveal The Punisher logo smashed into a concrete floor.

The synopsis for Marvel’s The Punisher is:

After exacting revenge on those responsible for the death of his wife and children, Frank Castle (Jon Bernthal) uncovers a conspiracy that runs far deeper than New York’s criminal underworld. Now known throughout the city as The Punisher, he must discover the truth about injustices that affect more than his family alone.

Frank Castle first appeared in the second season of Marvel’s Daredevil where he bonded with Karen Page (Deborah Ann Woll), who will be reprising her role in the forthcoming series.

The series will premiere globally before the end of the year only on Netflix.

In this article:Jon Bernthal, Marvel's The Punisher, Netflix