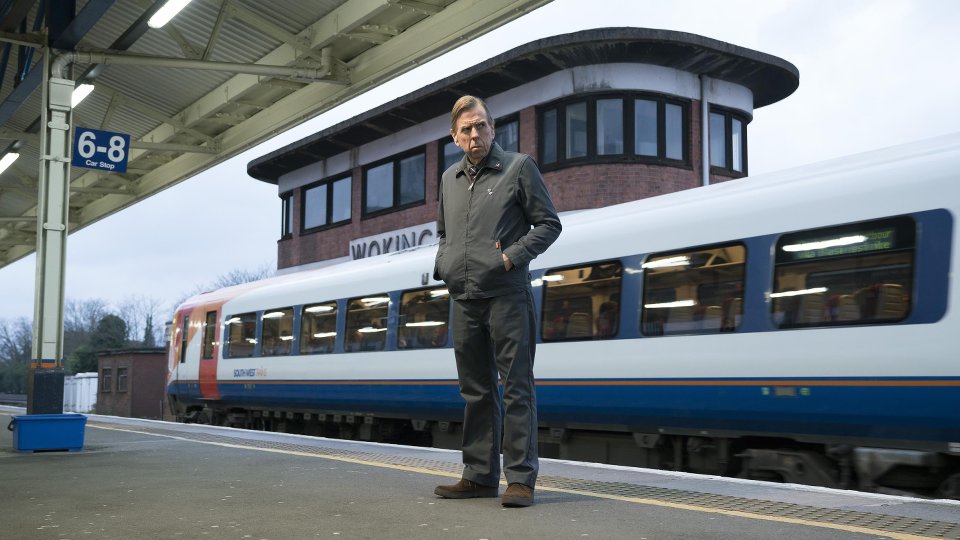 Two images of Timothy Spall have been released from The Commuter, an episode of the forthcoming series Philip K. Dick’s Electric Dreams.

Spall (Mr Turner) plays Ed Jacobson, an unassuming employee at a train station who is alarmed to discover that a number of daily commuters are taking the train to a town that shouldn’t exist. The Commuter is based on the short story of the same name by Philip K. Dick and is written by BAFTA-winning Jack Thorne (National Treasure, This is England, Harry Potter and the Cursed Child). The episode is directed by Tom Harper (War & Peace, Peaky Blinders).

Philip K. Dick’s Electric Dreams is a sci-fi anthology series of ten standalone episodes, each set in a different and unique world.

Each episode is inspired by one of Dick’s renowned shorts stories and has been adapted by an exciting list of leading British and American writers and directors.