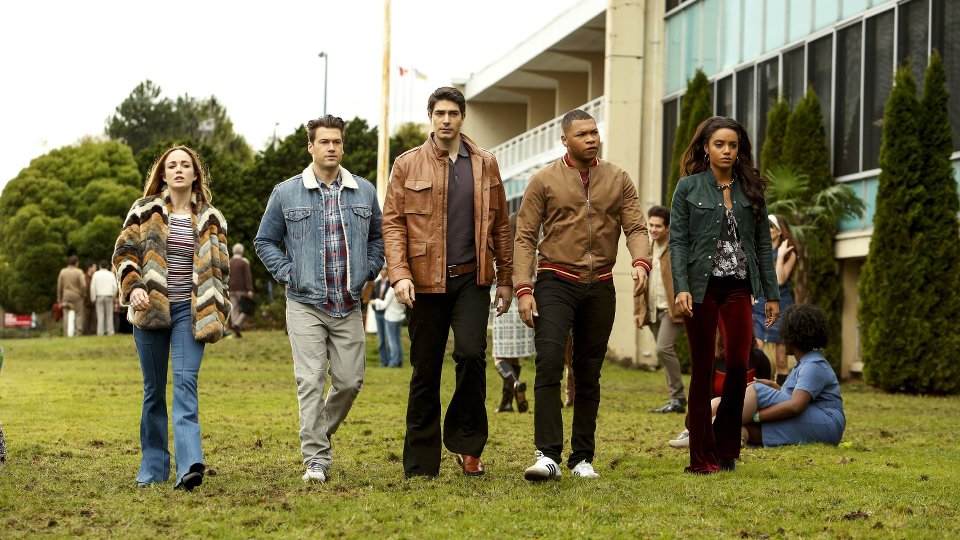 DC’s Legends of Tomorrow was launched in January 2016 as a spin-off from Arrow and The Flash. The superhero team-up aimed to be in the vein of the Justice League and Marvel’s The Defenders but its first season was a bit of a hit and miss affair. Despite including fan favourite characters such as Sara Lance (Caity Lotz), Leonard Snart (Wentworth Miller) and Ray Palmer (Brandon Routh), the first season of the show was bogged down by an uninteresting story that focused on a character fans never really warmed to.

For the second season, DC’s Legends of Tomorrow has had a bit of a retool getting rid of Kendra Saunders (Ciara Renee), demoting Waverider captain Rip Hunter (Arthur Darvill) and bringing in new blood in the shape of Nate Heywood (Nick Zano) and Amaya Jiwe (Maisie Richardson-Sellers). The second season also brings together the Legion of Doom consisting of Damien Darkh (Neal McDonough), Malcolm Merlyn (John Barrowman) and Eobard Thawne (Matt Letscher).

The creative reboot of the show actually benefitted it and DC’s Legends of Tomorrow emerged as the best of The CW’s DC shows last season. While Arrow desperately tried (and failed) to claw back viewers, The Flash hit a creative roadblock and Supergirl continued to be greatly underappreciated, DC’s Legends of Tomorrow quietly became the must-watch show of the four. Where the season succeeds is in giving the characters viewers actually love, more screentime and plenty to do. Sara has a much bigger role, and let’s be honest she’s the reason most people love this show, and the main season arc concerning the Spear of Destiny and the Legends’ battle with the Legion of Doom was gripping and engaging.

The addition of Nick Zano and Maisie Richardson-Sellers to the cast was a huge plus too. Zano brings plenty of charisma and comedy as Nate Heywood aka Steel and Richardson-Sellers is excellent as Amaya aka Vixen. Even the romance that unfolds between the two characters was interesting and much more believable than the forced love triangle between Ray, Kendra and Carter (Falk Hentschel) in season 1.

One of the highlights of the season is Invasion!, which is the conclusion of the four way DC crossover that started in Supergirl and continued on in The Flash and Arrow. DC’s Legends of Tomorrow got the strongest episode of the four-parter. Other highlights include a playful episode involving a young George Lucas (Raiders of the Lost Art) and the Legends meeting J.R.R. Tolkien (Jack Turner) as they try to destroy the Spear of Destiny.

Extras on the release include 2 all-new featurettes, 1 2016 Comic-Con featurette, unaired scenes and a gag reel.

DC’s Legends of Tomorrow had a very, very strong second season and it sets things up very nicely for a superb third season. The creative reboot worked wonders for the show and played to its strengths, making it much more enjoyable and engaging. It’s difficult to make a show with so many characters work but season 2 of DC’s Legends of Tomorrow is thrilling, addictive and a whole lot of fun. Roll on season 3!