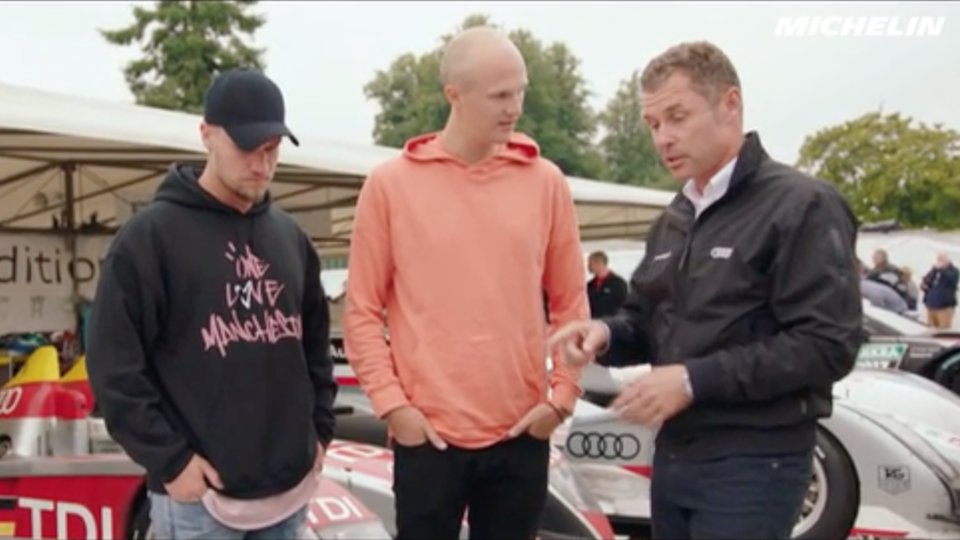 Paul Wallace from Supercars of London and Sam from Seen Through Glass head to Goodwood Festival of Speed to make Car Connections in a new video released by Michelin.

The duo, who are passionate about cars, attend the iconic event where they meet some of their biggest motorsport heroes including Rally legend Mikko Hirvonen, Le Mans legend Tom Kristensen and Motorcycle legend Freddie Spencer.

During the video Paul and Sam get to meet Le Mans legend Tom Kristensen in the Goodwood Paddock, surrounded by some of his most iconic cars. Sam makes a faux pas immediately by pointing out that Tom’s cars are dirty to which the motorsport legend explains that the cars should never be cleaned for any reason.

They also talk about the advantage of being small when it comes to being a racing driver.

Next they meet Rally legend Mikko Hirvonen and talk about off-road racing. Paul excitedly asks Mikko to describe to him what it’s like to drive at high speeds during off-road racing surrounding by trees and other dangerous obstacles. Mikko tells them the best way to experience it, is to take one of them for a drive!

Lastly Paul and Sam spend time with Motorcycle legend Freddie Spencer who shares stories from his incredible career as the guys look on in amazement.

Goodwood Festival of Speed provides an opportunity for motorsport enthusiasts to get seriously close to the action and meet the great champions of the sport. The event takes place each summer and was established in 1993 on Lord March’s family’s driveway.

Since its first incarnation, the Goodwood Festival of Speed has increased massively in scale as it has evolved year after year. It has become an internationally celebrated occasion that never fails to sell-out.

Find out more about Goodwood Festival of Speed by visiting https://www.goodwood.com/.

Advertisement. Scroll to continue reading.
In this article:Goodwood Festival of Speed, Michelin