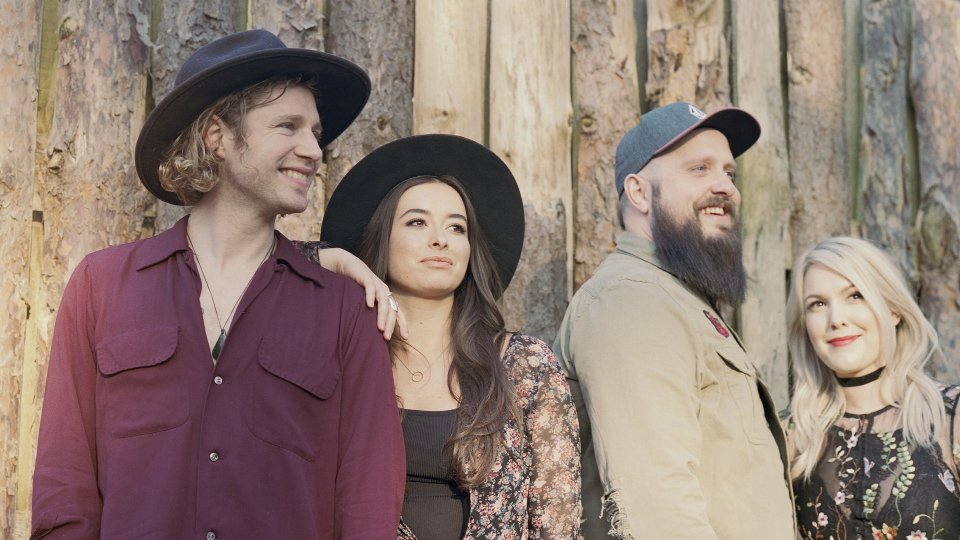 If you’re not familiar with The Wandering Hearts yet, then you will be before long!

The band recently signed a record deal with Decca and put out their debut single Wish I Could in May. The music video for the track (which you can see at the bottom of this article) arrived recently.

I caught up with Chess from the band to talk about Wish I Could, find out when we can expect an album, and to discuss the origins of the band.

Hi Chess. How are you today and where does this Q&A find you?

Hey! I’m very well thank you. We are rehearsing at The Premises Studios today, gearing up for a busy summer of festivals!

Firstly, congratulations on your deal with Decca. How did that come about and what’s it like to have a major label backing you?

Ah, thanks very much. It all happened quite quickly – our manager found us on SoundCloud half an hour after we uploaded our first demo! He came down and met us at our second ever rehearsal and pretty soon afterwards, we were at our first meeting with Decca. We feel very lucky to be signed to Decca and to be working with such great people. We’ve only been together for 18 months now but we’ve individually put in years of hard work writing, gigging and working to pursue music.

In May you released your debut single Wish I Could. What’s the story behind that track and what was the reception like from your fans?

Wish I Could is one of the first songs we wrote as a band so means a lot to us that it’s our debut single. It’s about two people in a relationship that isn’t working, and is coming to an end, but it’s hard to see a way out. You wish you could just go back to the start but too much damage has been done. The reaction has been pretty amazing – we’re so happy that people can hear our music and can’t wait to get more out there.

You’ve been busy recording new music. When can we expect your debut album and what can you tell us about it?

We have! We’re almost finished recording so fingers crossed, our album will be out after the festival season. There’s a few foot stompers on the album and some folky darker ballads, all with layers of harmonies and a truthful lyric. We’ve been loving it in the studio and are really excited to have it finished!

What’s the story behind the name The Wandering Hearts?

We feel that ‘The Wandering Hearts’ really reflects us as people – free spirited and up for an adventure. Our hearts have always been in music. The name represents us as individuals and as a band.

You performed at C2C earlier this year. What was that experience like for you?

We had the best time! It was our first time performing there and we loved every second of it. The audiences were fantastic, not to mention all the other amazing artists we had a chance to watch! We played three different stages over the weekend and we love them all, for different reasons.

Country and Americana are becoming more and more popular in the UK. How surprised are you by the growing audience for the genre?

I think people are realising that it’s about good songwriting and lyrics and truth, so they can relate to a lot of what’s being said. It crosses over into other genres too so I think it’s not too surprising that the audience is growing as people connect with the music.

You’ve got some live shows coming up over the next month. When can we see a headline tour?

We have quite a few festivals coming up which will take us through to October really so fingers crossed for a tour before the end of the year! Hope to see you somewhere!

We hear that you’re heading out to Nashville later this year. What would be your dream gigs to see while you’re there?

I think we could walk into any bar and see some of the best musicians we’ve ever seen and it would it be one of the best gigs ever! The talent is on another level. I think the dream gig would be to see Chris Stapleton play an intimate gig somewhere…

We’re going to be busy finishing the album in-between festivals so hopefully, we’ll have some more music on the way between now and the album. Lots of exciting things in the pipeline so watch this space..!

The Wandering Hearts’ new single Wish I Could is available to stream and download now. Watch the video for the track below: