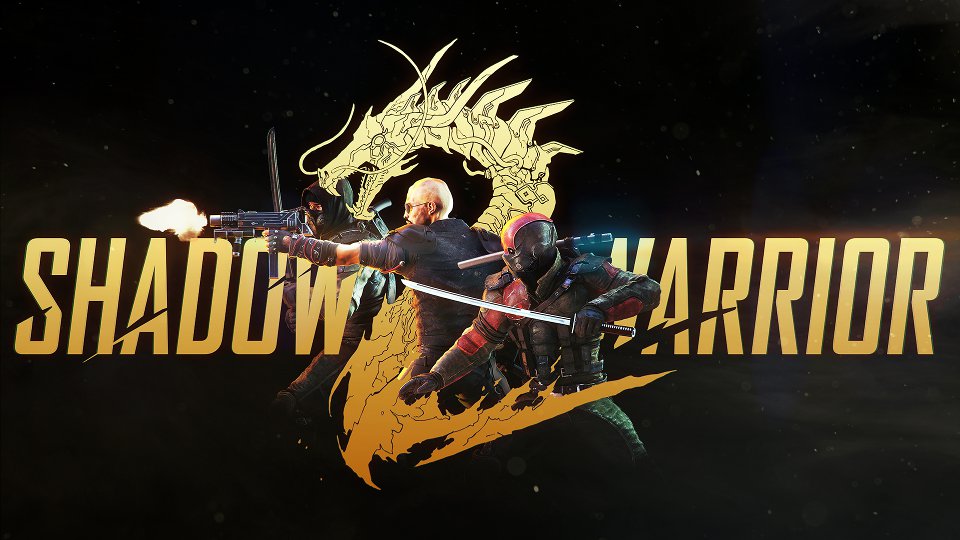 Lo Wang returns in Shadow Warrior 2, developed by Flying Wild Hog and published by Devolver Digital, this sequel to the 2013 remake of the 1997 original [confused yet?] is bloodier, bolder and hoping to stake a claim on the FPS marketplace.

Shadow Warrior 2 brings the ninja assassin Lo Wang back, along with his wise-cracks, his addiction to sharp blades and his ever increasing arsenal of weapons. The sequel tries to stave off the linear nature of its predecessor by combining a hub area and introducing side-quests and the choice to free roam previous areas to explore again. The hub area felt a little bland, there wasn’t much to do or see except pick up missions and sell your wares to the two vendors. I was thankful for it for brief respites from the action, but it didn’t really add anything to the experience. You can look around Lo Wang’s apartment, but you can’t kit it out with trinkets or items. It would have been fun and thematic if we could have pimped out his pad with demon heads and exotic weapons. But instead, you’ll go upstairs once and then forget all about it.

The story feels cobbled together, stapled at the edges with the hope that you don’t look too closely at it. You are sent to Zilla HQ to save Kamiko as she is being experimented on. Suffice to say, her soul enters Lo Wang and she spends the rest of the game inside his head, moaning at him whenever he makes a trite joke. Which means all the time. Although the story wasn’t gripping, I did enjoy the cut-scenes and thought Lo Wang was amusing for the most part. It reminded me of Duke Nukem and the old days of smarmy heroes shooting aliens and making smart aleck comments. It’s a shame that that’s all Shadow Warrior 2 can provide regarding a story, however. By the time you remember the characters’ names, the game ends. The relationship between Kamiko and Lo Wang is poorly developed. They become friends at the end without any lead-up, just, ‘oops this is the end they better say some nice things to each other’. It’s a waste of a good opportunity and would have benefitted with more time focused on their relationship, instead of the cavalcade of side characters.

The gunplay is superb; responsive, fast-paced, and filled with gory explosions. You’ll combine quick dashing with pump-action shotguns, sprinkled with a few ninja powers. There are over 70 weapons in the game, each with their own design and animations. I swapped out my inventory of weapons after almost every mission as I found more and more interesting gear. You’re able to upgrade each of these using the three upgrade slots. These upgrades can increase base stats, add another fire mode [such as the charging shot] and even augment the weapon with elemental effects. Mastering the elemental distribution is key to making your time in the game a lot easier. The enemy types can have resistances to certain element types. For instance, an immunity to Toxic damage means that any weapon with that upgrade will be ineffective. Spreading the pool of elemental effects across your arsenal ensures you’re better prepared for any fight.

You can also increase various skills that you unlock during missions or find on enemy loot drops. It has the flavour of a card game, as each skill has its own Magic inspired design. I got excited at the beginning when the first skill card dropped from one of the many bullet-sponging enemies. It wasn’t until late game that I realised that most of the skills are pretty much useless. Your chi powers are garbage, I found I barely used them even when being completely surrounded by enemies, the health spell was the only one I used but the rest I ignored. You don’t have time to screw around with chi blasts and spike summons when there are fifty billion rats biting at your feet. My advice, shoot and dash, shoot and dash.

Despite some janky character models the visuals impress, a cool art design combined with the excessive gore and particle effects brings a richness to the slaughter. The weapon animations are slick and finding new designs was by far the best part of the game. The variety is remarkable, from swords to deathclaw gauntlets, from machine guns to demon laser rifles, you’ll never be bored of the abundance of wicked weapons. All appropriately named with easter eggs filtered throughout, the Deck-ARD plasma revolver being a good example. [Blade Runner for those not cool enough to get it]

The game is far better in the second half, you’ll struggle against the demon hordes with ineffectual upgrades and limited weapons at the start but as you progress you’ll soon acquire everything you need to dice and splice those demon fiends. There are additional bounties and trials that you can try and accomplish to gain skills and upgrades. After completing the side quests between each story section, I found that I was powerful enough to progress with relative ease. I completed the game fairly quickly, just as I was hitting my stride. I didn’t feel the need to go back and replay areas or even complete all of the trials and bounties. I was done.

In addition to the single-player, there is four-player co-op which allows you to fight through the entire campaign and side missions with your friends. Everyone will see themselves as Lo Wang and see everyone else as a generic ninja. There isn’t much change in gameplay however, the enemies just have increased health, and you have to fight more of them. That’s pretty much it. There aren’t any synergy moves you can perform with your teammates. No classes to mix and match playstyles. The closest you can get to this is building separate elemental builds, so you’re prepared for any enemy. Almost all games are improved when playing with a buddy, but I would have liked to see more of an effort put into this mode, to make it stand out from the rest of the game.

The levels are procedurally generated in parts, which means that you can go back to old areas and not find the same spawning mobs you had fought before. Not that I noticed. The main missions were constructed better than the side missions, this is evident in the fact that sometimes there’ll be no enemies at all in certain areas and too many in others. There is also a procedural slicing mechanic regarding the dismemberment of your foes. This is actually wicked. It reminds me of Metal Gear Rising: Revengeance, the way the bodies are diced into shapes as you wail on them with various melee weapons. This is also prevalent with the ranged combat, as you can shoot large chunks of flesh and even limbs off of the creatures, monsters and soldier enemies. This feature bolsters the already excellent gunplay and makes the dance of death that little bit more satisfying.

Shadow Warrior 2 has me at odds. I enjoyed the vast majority of the game, but there are glaring issues that prevent me from recommending it. The story is lacklustre, and mission pace is stunted by a misplaced hub area. The gunplay is superb, but when combined with the irritating sponginess of the enemies, you’ll find yourself sighing at the sight of an elite monster just because you can’t be bothered to dash around for ten minutes while it drains all of your ammo. The loot, in regards to the weapons, is to be commended and will provide most of the entertainment. There are other collectibles as well, including; fortune cookies, journals and chests. But these serve more as filler than as worthwhile content. If you want to turn your brain off and shoot some demons, then this game will provide you with everything you need but if you wanted a deeper experience then perhaps you should look elsewhere. Doom comes to mind.

Shadow Warrior 2 was reviewed using a digital code supplied by the publisher.