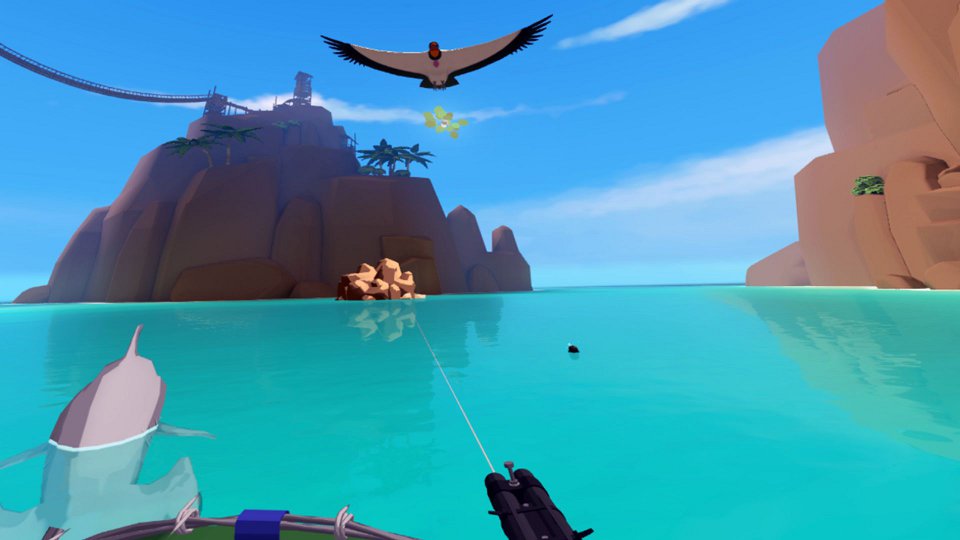 PlayStack have announce the PSVR launch of their first VR game, Dick Wilde, after it’s launch on Oculus and Vive last month.

Dick Wilde is a VR shooter from Danish development studio Bolverk Games, developers of ‘Kittypocalypse’. It’s also one of the very first PSVR Aim Controller titles (it can be played with Move controllers as well).

Set in the swamplands of Mississippi and the surrounding area, players can pit themselves against exterminators from all over the world with the online global leaderboard. Compete for the biggest killstreaks and top scores across three variable difficulty levels in each environment, the Swamp, the Lagoon and the North.

The game can also be played with friends in a local Party Mode. Monitor your vitals and accuracy to perfect your technique and experiment with your arsenal of weapons. Each environment offers different deadly critters ranging from electric eels, piranhas and more, to Dick’s nemesis, a giant turtle. Pick the right weapons to become the most effective exterminator in town and avoid getting devoured by alligators.

Dick Wilde is available to purchase on the PlayStation Store for £11.99. Check out the official Dick Wilde website for more information.

EF will be bringing you a full review of Dick Wilde later this month.