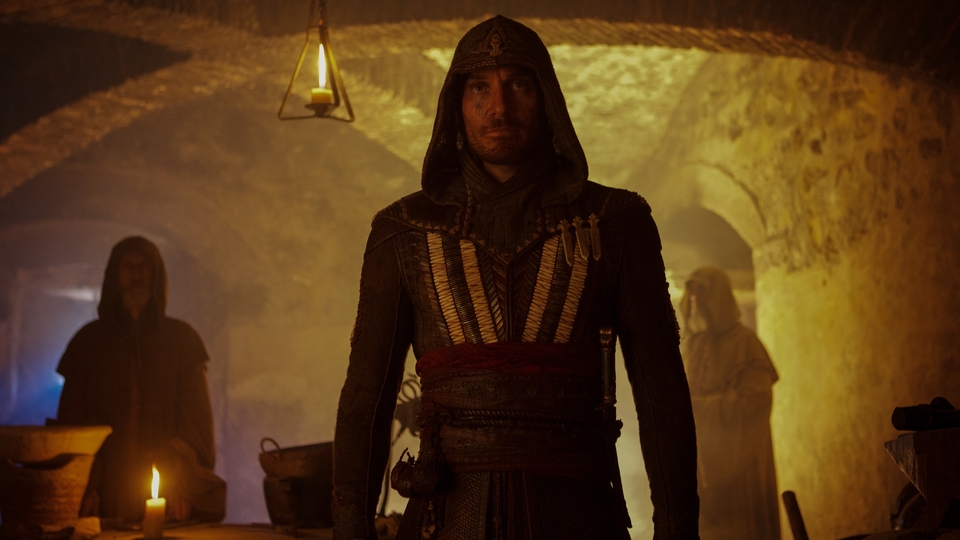 Assassin’s Creed came into being with a very admirable goal: to be the best film ever made based on a videogame property. Now I know that is a pretty shallow pool to be paddling in, but the ambition to make something genuinely good, and not just fodder for teenage gamers should be applauded. There is real pedigree on show here, both in front of and behind the camera, as the stars and director of the fabulous 2015 version of Macbeth reunite for this time-bending tale of assassin’s during the Spanish Inquisition. Sadly, it all counts for nothing, because wow is it bad.

The plot, quite frankly, is utter bobbins. A centuries spanning war between the Knights Templar and a brotherhood of mysterious assassins comes to a head when Callum Lynch (Michael Fassbender) is saved from death row by the Abstergo Foundation – a shady organisation led by Jeremy Irons and Marion Cotillard.

For you see, Callum is a direct descendant of the warrior-assassin Aguilar (also Fassbender) who was free-running around Spain 500 years ago. Cotillard’s Dr Sofia Rikkin wants to plug Callum into a machine called The Animus – it’s like a giant bio-mechanical scorpion tail that affixes to his spine and central nervous system. Through the Animus he is able to unlock his genetic memories and send his consciousness into the past in order to inhabit the body of Aguilar. Still with me? I’d understand if you weren’t.

The reason for this is the Abstergo Foundation is searching for the Apple of Eden – a MacGuffin which, get this, carries the genetic code for free will. With this Apple, they can eradicate freedom of choice, and create a utopian world without violence. As I said earlier…utter bobbins. And no fun whatsoever. I mean seriously, if you’re going to make a film this daft, at least make it fun.

The action is suitably kinetic, with lots of spectacular parkour, and up close and personal knife fights, but it lacks the narrative clarity to be truly effective. As we saw in Macbeth, Kurzel loves to bathe his action scenes in smoke and dust. It worked brilliantly in that film, but here the action frequently looks blurred and overly digital.

Fassbender gives it everything, and to his credit, he fully commits to the material. Unfortunately the material is completely undeserving of his talent. Likewise the stellar supporting cast, which includes Brendan Gleeson, who as Lynch’s father shares a single scene with Fassbender, which is far and away the best thing in the film. But ultimately you end up wondering what are they all doing in this po-faced, over-cooked, underwritten trash.

Assassin’s Creed Odyssey is free to play this weeked