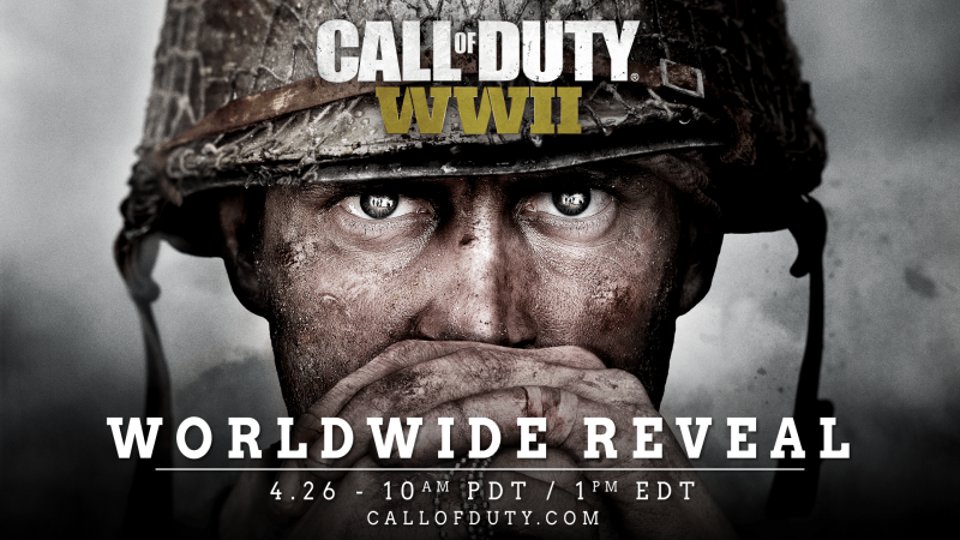 We can’t believe that it’s been nearly ten years since Call of Duty: World at War launched. It was the last game set in World War II and we’ve been waiting for the series to return to its roots.

The next game in the series is to be Call of Duty: WWII and we couldn’t be more excited. Recently there have been a few small leaks of information regarding the game but very little official news.

That’s about to change with an official reveal via global livestream hosted at the London IMAX. The stream will be available on YouTube, Twitch and Facebook. We’ve embedded the Twitch stream below so you can watch it right here on EF.

For this instalment, Sledgehammer Games are leading development. They last worked on Call of Duty: Advanced Warfare in 2014. The game is expected to be an authentic World War II shooter featuring historical battles and iconic locations.

If you look carefully into the eyes of the soldier in the teaser image you can just make out four figures. We wonder if this is a hint of four-player co-op for the new campaign. We’re sure that there will also be a large competitive multiplayer component.

Let us know what you’re hoping for from the reveal in the comments below.