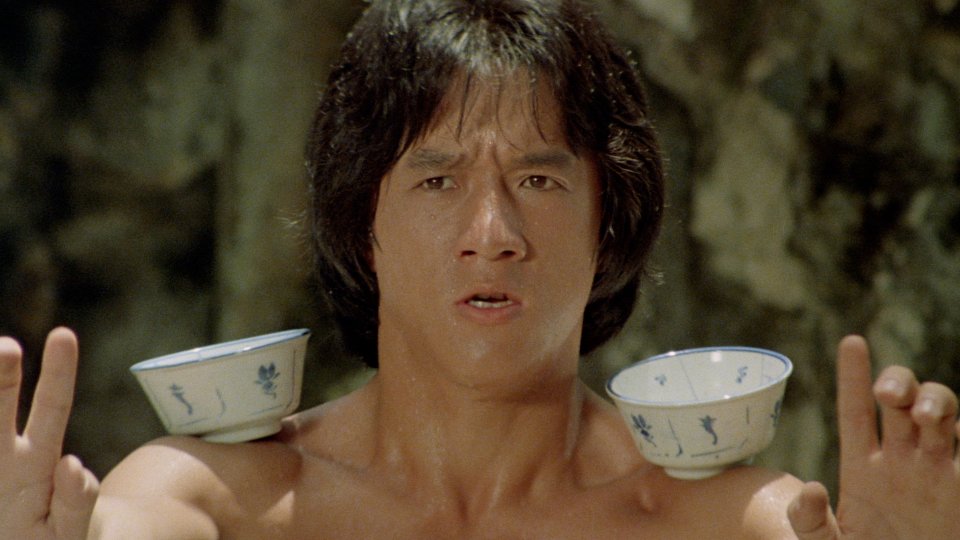 Hong Kong action pioneer Yuen Woo-ping (The Matrix; Crouching Tiger, Hidden Dragon) and martial arts superstar Jackie Chan burst onto the scene in 1978 with a one-two punch of kung fu masterpieces, and it was the second of these, Drunken Master, with its Keatonesque slapstick and flawlessly choreographed fight scenes that would leave the biggest impact.

Jackie Chan plays Wong Fei-hung (a legendary Chinese folk hero who has also been portrayed on screen by Jet Li, Gordon Liu and Donnie Yen amongst many others), who is punished for his frequent troublemaking by being forced to study under the martial arts master Su Hua Chi (Yuen Siu-tien), notorious for his drinking as much as he is for leaving his students crippled. Wong proves himself an adept pupil, but his new skills are soon put to the test when his own father is targeted by a brutal assassin (Hwang Jang Lee, Snake in the Eagle’s Shadow).

Frequently ranked as one of the greatest martial arts films of all time, Drunken Master revolutionised modern action cinema, and the Masters of Cinema Series is proud to present the film on Blu-ray for the first time in the UK in a new Dual-Format edition.

Drunken, the Original Kung-Fu Classic starring the undisputed Godfather of Martial Arts Action-Comedy Jackie Chan, is released as part of the Masters of Cinema Series in a definitive Dual-format (Blu-ray & DVD) edition on 24 April 2017, and is available to purchase here http://amzn.to/2kmmSgl

To celebrate the release we’ve got 3 copies to give away! All you need to do to be in with a chance of winning is answer one simple question below:

Advertisement. Scroll to continue reading.
In this article:Drunken Master