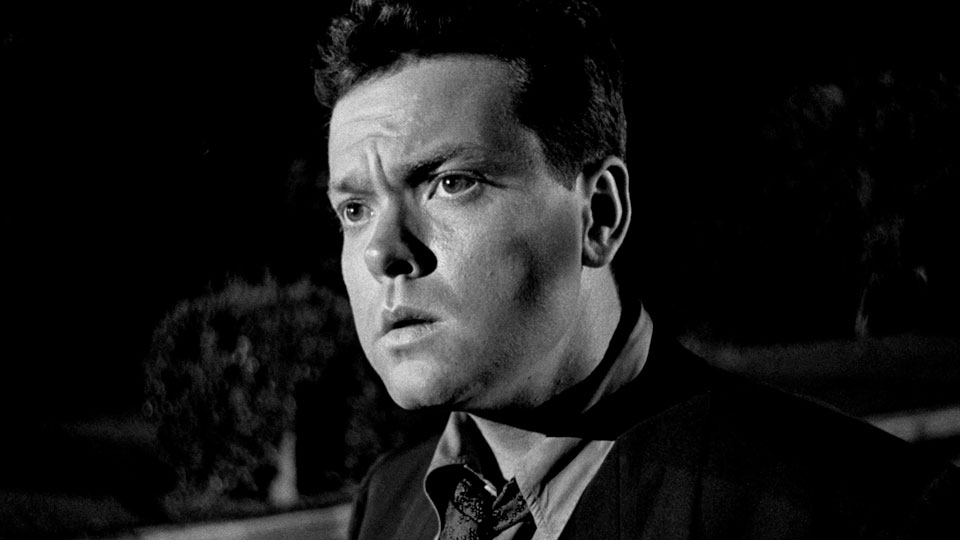 The Lady from Shanghai Blu-ray review

The Lady from Shanghai came quite early in the career of Orson Welles, though shortly after his divorce from co-star Rita Hayworth.

The 1947 film noir sees Welles playing ex-pat Irishman Michael O’Hara, complete with a surprisingly committed, if somewhat stereotypical accent. A chance meeting with Elsa, a (what else?) beautiful blonde (Hayworth) sees him literally take the reins as they embark on a horse-drawn carriage ride through Central Park in New York. So far, so romantic. Only Elsa is a married woman, and her husband Arthur Bannister (Everett Sloane) is a deranged drunk. A brilliant lawyer he may be, but his hare-brained scheme to involve O’Hara in faking his own death smells like too much trouble to get involved with to everyone but O’Hara, who just wants to get close to Elsa. Bannister detects O’Hara’s affection for his wife (and there’s no whiff of hostility between the freshly-divorced couple) but hires him to work aboard his yacht on a trip to Panama all the same.

Throw in a few twists and turns, red herrings and revelations, and you have a half decent thriller.

The problem with the movie is that it both has the stamp of Welles’s genius upon it and doesn’t. Although Welles wrote, directed and starred in the movie, his auteur’s wings were severely clipped by the studio, and what ends up on the screen is a combination of messy compromise and stifled creativity. There are some moments that work well: the movie gets off to a great start with some flirtatious interplay between Welles and Hayworth as they drive through the park. The scenes shot on board Bannister’s yacht are tense and claustrophobic, and you can feel the humidity of the Central American setting through the screen. But the movie is not the sum of its parts.

There are some lovely performances: Everett Sloane is incredibly menacing as Bannister, while Hayworth and Welles recreate the old chemistry. Yet the plot feels daft and cliched (both facets summed up in a court room scene). The climax at a deserted fun fair has some iconic cinematic techniques that show flashes of Welles’s genius as a director, but it feels too showy – tricks and effects over storytelling, perhaps to disguise the obviousness of an unsurprising ending.

Overall, the Lady From Shanghai is not a waste of viewers’ time – it’s a decent and workable film noir thriller, but it falls short of what audiences know Welles was capable of. The great tragedy for him is that Citizen Kane arrived for him so early. The only way from there was down. The Lady From Shanghai is indicative of the artistic frustrations, compromises and near misses that dogged the rest of Welles’s career.