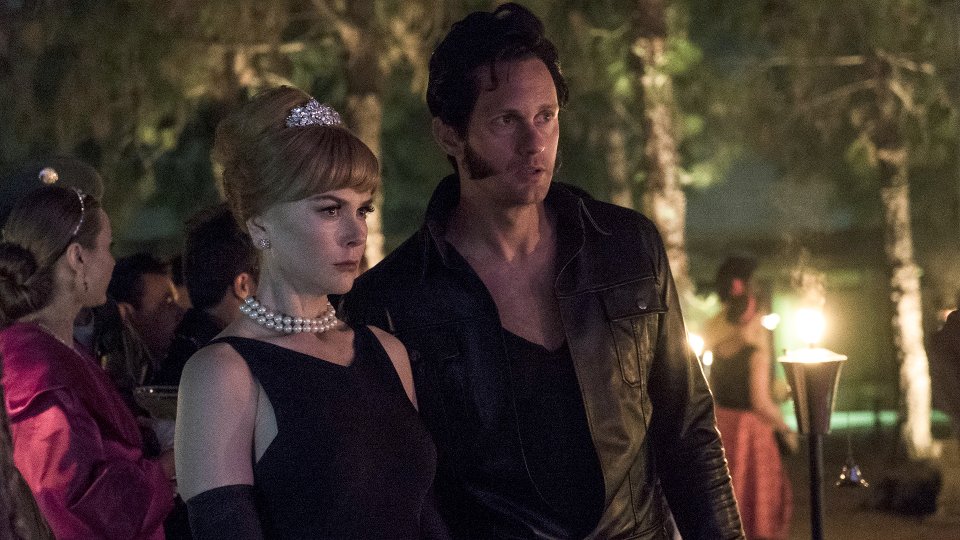 Celeste (Nicole Kidman) started plotting an escape route from her abusive marriage on the latest episode of Big Little Lies.

During a visit with her therapist, Celeste was encouraged to document the abuse she was suffering and formulate a plan to leave Perry (Alexander Skarsgard). She started to look for an apartment to rent and realised how much danger her life was in when she rejected Perry’s advances and injured his penis.

The humiliating injury made Perry furious and he told her she was lucky he didn’t kill her in retaliation for what she did. The incident made her miss the opening night of Madeline’s (Reese Witherspoon) play.

Meanwhile Madeline was confronted by Joseph’s (Santiago Cabrera) wife about their affair but played dumb. A conversation with Ed (Adam Scott) revealed that he wasn’t happy with their sex life and Madeline responded by trying to tell him about the affair but he asked her to stop talking and cut her short.

The two attended dinner with Nathan (James Tupper) and Bonnie (Zoe Kravitz) and things took a turn for the worse when Nathan informed them about Abigail’s (Kathryn Newton) plan to sell her virginity online. Madeline threw up all over the dinner table before confronting her daughter and telling her about the affair she had a year earlier.

Elsewhere in the episode Jane (Shailene Woodley) attacked Renata (Laura Dern) when she found out a petition had been made to exclude Ziggy (Iain Armitage). The two women apologised to one another and called an uneasy truce promising to work together to find out who was really bulling Amabella (Ivy George).

The season finale is You Get What You Need. Celeste makes a bold move; Madeline deals with fallout from her past; Jane learns who’s really been hurting Amabella.