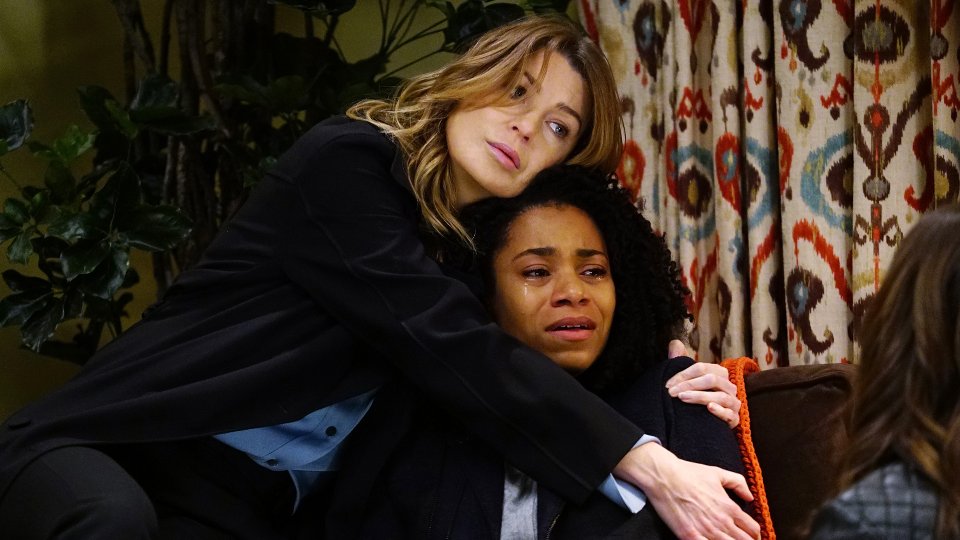 Diane’s cancer had spread and was far worse than initially thought. Maggie clashed with Meredith (Ellen Pompeo) over her mother’s treatment and fired her from the case. She then pushed Diane into a medical trial that made her significantly weaker and sicker.

During a dinner with Maggie’s friends, Diane coughed up blood and it turned out she had an oesophageal tear, which Richard (James Pickens Jr.) fixed during surgery. After a chat with Richard, Diane decided to stop treatment and soon after she passed away with Maggie by her side.

Elsewhere in the episode Maggie’s father arrived to comfort her, Richard buried the hatchet with Bailey (Chandra Wilson) and Meredith and Nathan (Martin Henderson) postponed their date.

The next episode of the season is What’s Inside. When Maggie takes on a big case, many are worried she’s not right for the job, while Stephanie makes a mistake treating one of Grey Sloan’s own.