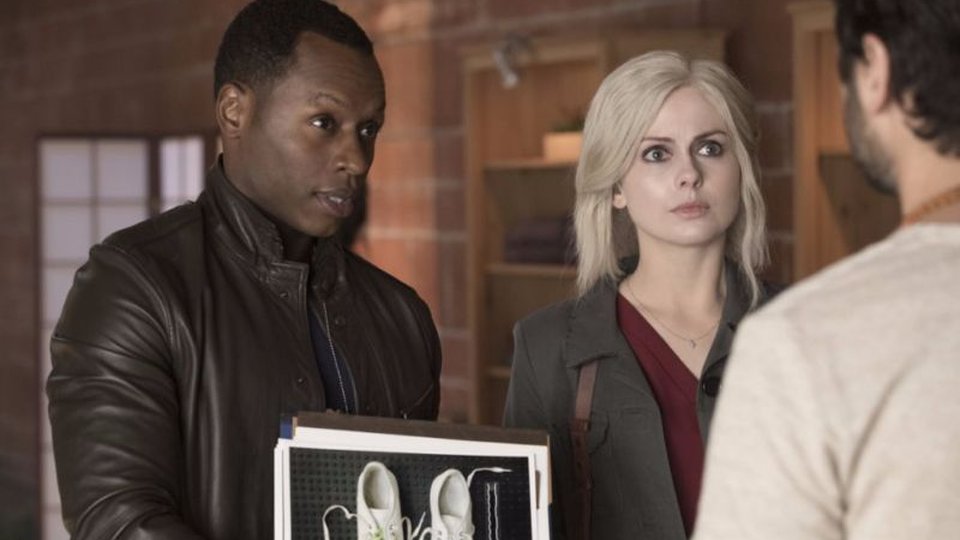 Liv (Rose McIver), Clive (Malcolm Goodwin) and Ravi (Rahul Kohli) investigated the deaths of a father and his daughter on the latest episode of iZombie.

Killed in a car crash, Stan (Raugi Yu) and Cindy (Celina Martin) were targeted because they knew of an inappropriate relationship. Cindy’s friend Winslow (Natalie Alyn Lind) was sleeping with her step-father and when Stan threatened to go to the police about it, he and his daughter were killed.

Liv and Major (Robert Buckley) ate their brains with Liv taking on Stan’s characteristics and Major taking on Cindy’s. Getting a warrant for Winslow’s phone, Clive found an app installed that allowed someone to spy on all of the teenager’s mobile activity. It turned out to be Winslow’s mother Tori (Sally Pressman) that was spying on her daughter and committed the murders.

Meanwhile Clive’s history with Wally (Mataeo Mingo) and his mother was revealed. Clive was the family’s neighbour and had stopped an incident of domestic violence. After growing close to the family, Clive was left upset when they moved away so that Wally’s father wouldn’t find them when he got out of jail.

The next episode of the season is Eat, Pray, Liv. To help Clive solve the murder of a lifestyle guru, Liv consumes his brain and takes on his zen approach to life.

Tune in to The CW at 9/8c on Tuesday in the US and Netflix on Wednesday in the UK to see the episode. Preview it with our gallery and the promo below: