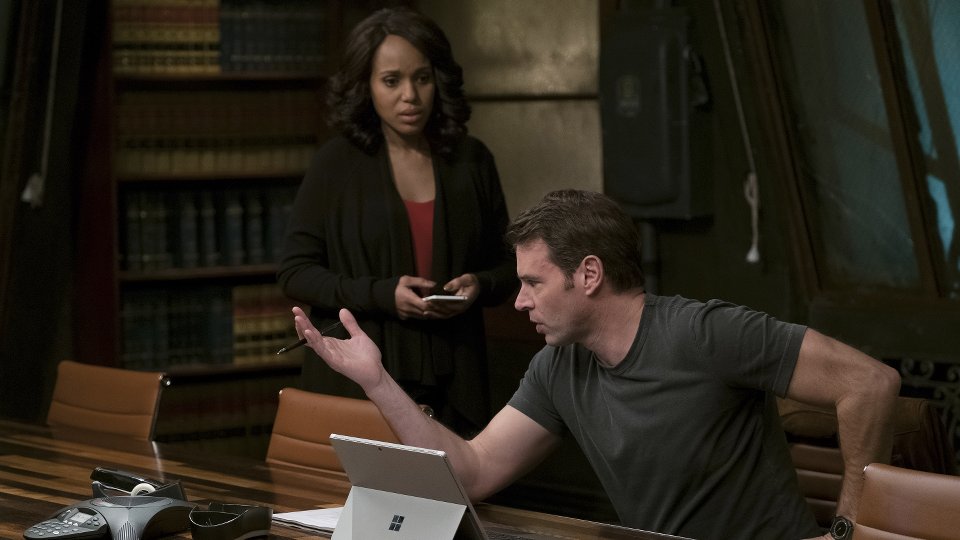 Abby’s (Darby Stanchfield) thirst for power became her downfall on the latest episode of Scandal.

Anyone hoping to find out Huck’s (Guillermo Diaz) fate was sadly disappointed as the episode explored Abby’s role in the assassination of Frankie Vargas (Ricardo Chavira) was revealed. Turns out that Abby met with the shady organisation behind Frankie’s death thinking they were donors for Fitz’s (Tony Goldwyn) Presidential Library.

They turned her head by offering her $300 million to allow her to run for President and after initially turning it down, she agreed. What she didn’t realise is that the money was dirty or that she would be expected to do some dastardly things for the organisation.

Realising she was in over her head, Abby tried to get out but the organisation took Leo (Paul Adelstein) hostage and tortured him to get her to co-operate. She ended up locking down the hospital where Frankie was being kept and switched out the bullets that were removed from Frankie’s body.

It was also revealed that she gave the organisation Jennifer’s (Chelsea Kurtz) location but had no idea that they were going to shoot Huck too.

The next episode of the season is Dead in the Water. The truth is out, but at what cost? Olivia’s investigation puts one of their own in grave danger.