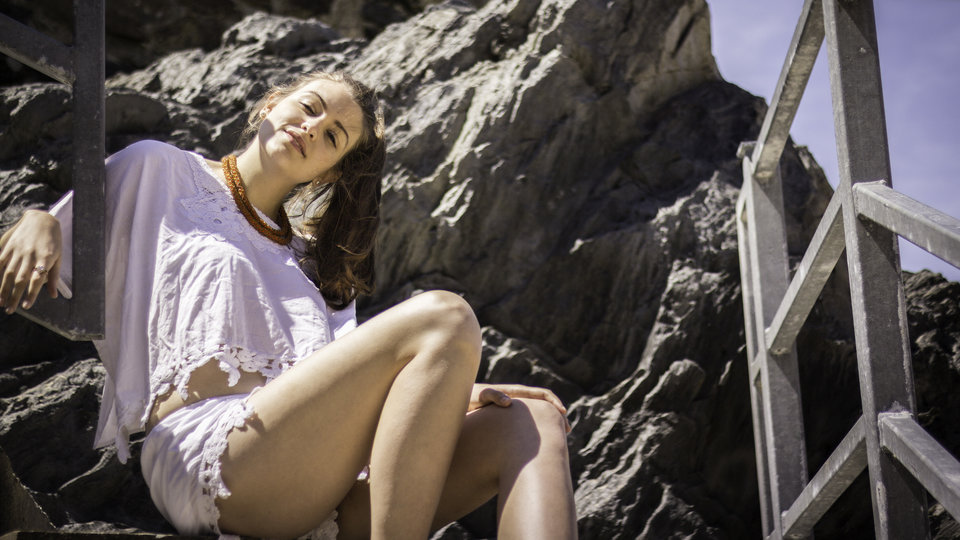 Irini Mando is a London-based singer-songwriter, who writes pop R&B songs. The singer has an extensive music background dating all the way back to her childhood when she began playing classical music and jazz on piano from the age of five before adapting to writing R&B and pop songs as a teenager. In 2015, she worked with the Amy Winehouse Foundation and completed the Amy’s Yard programme, releasing tracks like Pink Noise and Hang, the latter featuring on the Foundation’s first compilation album through Island Records.

Her latest single, Surfin’ Sky High is the third release from her Eden EP. The single describes Irini’s feelings about past relationships that didn’t end too well. She says : ‘I don’t believe in holding onto a grudge or any negativity. Shooting by the sea was a no brainer for me as I always feel at home when I’m by the water; it’s where I go to refocus and redefine myself and to start again.’

You can watch Irini Mando’s Surfin’ Sky High video below:

Advertisement. Scroll to continue reading.
In this article:Irini Mando