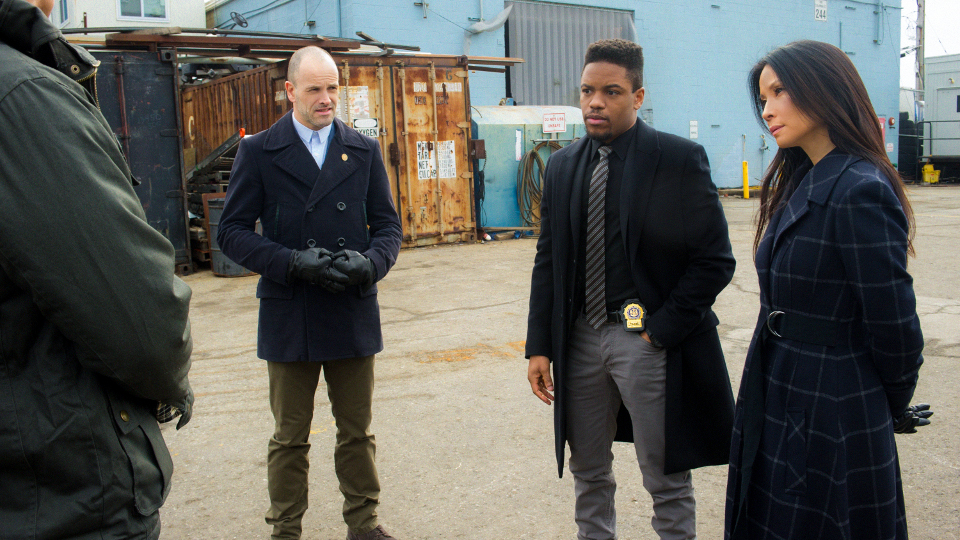 At the end of last episode, Sherlock (Jonny Lee Miller) found himself arrested. This episode he was interviewed by the ginger haired agent who admitted to Sherlock that he was guilty. However he also threatened Sherlock to leave it alone and used Sherlock’s father Morland against him as blackmail.

Kitty and Watson (Lucy Liu) worked together and followed the evidence to the head of a law firm. While trying to speak to him an attempt was made on his life by an armed motorcyclist. Kitty’s quick thinking, to kick the man in the groin, floored him and saved his life.

After that he gave up a USB stick that contained a bunch of documents called the Fidel files. They worked out that one file had been added by the ginger haired agent. It was a propaganda video aimed at starting World War III. It falsely claimed that Iran had nuclear weapons and should be stopped.

Elsewhere in the episode, Kitty confronted Sherlock to find out why he was so angry with her. He explained it wasn’t because of her baby or because she wanted to leave detective work. It was because she didn’t keep in contact after leaving.

At the end of the episode, Kitty invited Sherlock to meet her at a church. She apologised for not keeping in touch and said she had a way to fix that. She asked Sherlock and Watson to be godparents to her child.

The next episode is The Ballad of Lady Frances. The police call in Holmes and Watson to consult on a homicide “heard” by a cutting edge gunshot detection system when they can’t find any tangible evidence that a crime was committed. Also, Sherlock and Joan become suspicious of Shinwell when he’s the target of a drive-by shooting that reveals a connection between him and an unsolved murder.