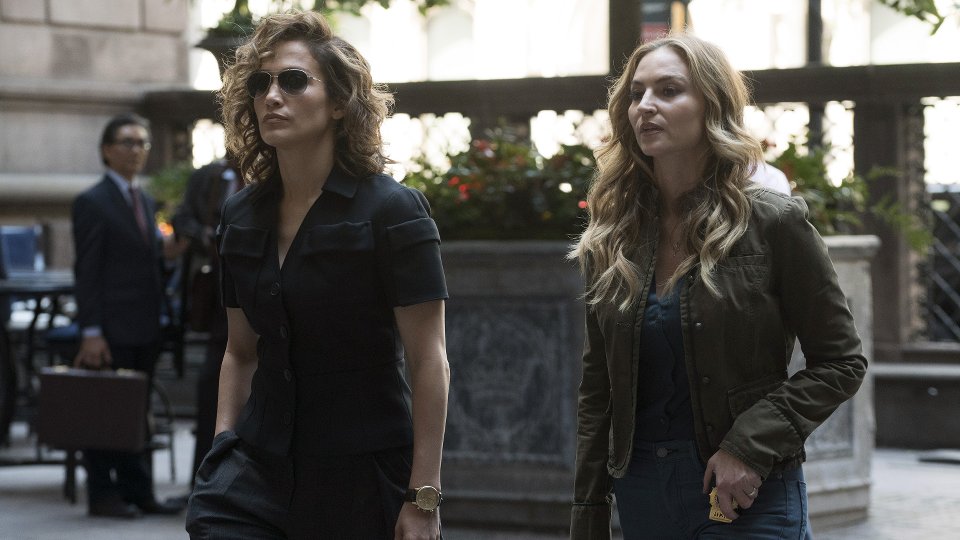 Harlee (Jennifer Lopez) realised that her nightmare was far from over on the season two premiere of Shades of Blue.

Not only did she have to cover up the murder of Miguel (Antonio Jaramillo), Harlee also had to try and rectify the damage she’d done to her relationship with Wozniak (Ray Liotta). Wozniak took a deal with Stahl (Warren Kole) to give him information about a criminal named Bianci (Ritchie Coster) who was dealing drugs.

It soon transpired that Stahl had played Wozniak and he actually was using him to get to Julia Ayres (Anna Gunn), a former member of Wozniak’s team who was running for Governor. When Wozniak realised what was going on, he asked Harlee what she knew and accused her of telling him more lies.

Elsewhere in the episode Harlee told Cristina (Sarah Jeffery) that Miguel had accepted money to leave town, Stahl paid his prostitute to do a disappearing act after she had spoken to the Feds, and Harlee confronted Stahl about giving recordings from her wire tap to Wozniak.

The next episode of the season is Eye of the Hurricane. Wozniak prepares for all-out war with the FBI’s Agent Stahl, while Harlee takes on a case that puts her in the crosshairs of the mob.

Tune in to Sky Living HD at 10pm on Monday to see the episode. Preview it with our gallery and the promo below: