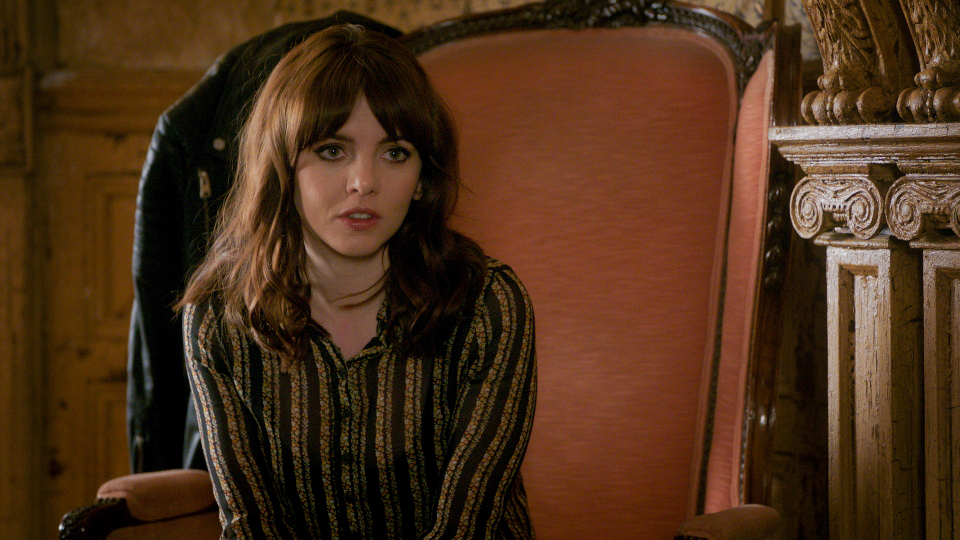 On the latest episode of Elementary one of our wishes for season five came true. That was the return of Kitty Winter (Ophelia Lovibond) who we felt had more story to tell.

At the start of the episode, Sherlock (Jonny Lee Miller) was attending the funeral of a former colleague from his time in London. At the funeral he received a text message from an unknown sender who was close by. He went to meet them and discovered that Kitty had returned.

She had come with a warning as she believed a murderer was targeting all those involved in a particular case. The funeral was for the third victim so far. She suspected that herself and Sherlock might be next.

Sherlock went to speak to their top suspect a disabled man named Eli Kotite. Meanwhile, Kitty and Watson (Lucy Liu) went to talk with Captain Gregson (Aidan Quinn). Kitty was nervous seeing the Captain again but he was pleased to see her.

During the investigation the only real lead they turned up was a ginger haired man. Sherlock had seen him hanging around and sketched a likeness of him.

Sherlock did arrange a second meeting with Kotite but he was found dead before they met. He was apparently thrown off his balcony to his death.

Elsewhere in the episode, Kitty kept disappearing off on her own. Eventually Watson followed her and got into a fight with an older German woman named Margaret. It turned out that Kitty had been hiding a secret. Margaret was a nanny for Kitty’s son Archie.

Later, Kitty had Margaret bring Archie to the Brownstone to meet Sherlock. He was so shocked he found himself lost for words before having to dash out.

At the end of the episode, Sherlock returned to the Brownstone with Kitty and Watson. From a distance they observed a government agency already inside removing items. Sherlock sent Kitty and Watson away before heading in. He found himself under arrest by a ginger-haired man from the DIA.

The next episode is Fidelity. Joan and Kitty try to prove that a string of murders, stemming from an old case Sherlock and Kitty solved in London, is connected to an international government conspiracy with the Defense Intelligence Agency at its center. Also, Sherlock and Kitty’s relationship is strained after she shares life-changing news