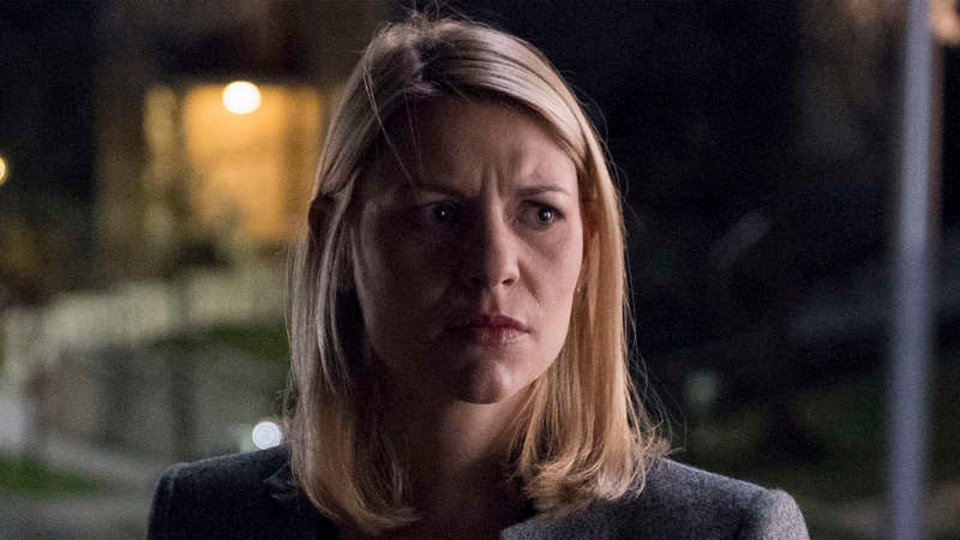 On the latest episode of Homeland, Carrie (Claire Danes) struggled with problems at home.

Frannie was collected from school by child protective services. An upset Carrie was called in to talk with the woman in charge of her case, Christine (Marin Hinkle).

Carrie explained the situation but Christine determined that Frannie was still in imminent risk of harm. Later in court, a judge ruled that Frannie be sent to a foster home.

After being abducted from the psychiatric ward last episode, Quinn (Rupert Friend) found himself in an unfamiliar house in the middle of nowhere. He was being looked after by Astrid (Nina Hoss) who explained that he was there thanks to Dar Adal (F Abraham Murray). She also explained as part of the agreement for his release that he had to stay clear of the public eye.

Quinn decided to try and get back to New York so he slipped out. Astrid noticed that he had gone and went after him. She found him attempting to hitchhike and brought him back to the house.

Later Dar came to visit and realised that Quinn was probably going to keep trying to get back to Carrie. Dar decided to tell Quinn how Carrie had forced the doctors to wake him up from his coma. Doing so against their advice is what probably caused his stroke.

Elsewhere in the episode, Javadi (Shaun Toub) arrived in New York. He was there to report his findings to Saul (Mandy Patinkin). Dar found out about his visit and created a fake internal debriefing to keep Saul engaged.

He then had Javadi kidnapped and tortured by some fellow Iranians. One of his captors was loyal to Javadi having served together in the military so he helped him escape.

He eventually managed to meet up with Saul and the pair realised that Dar was the only one who could be behind what had happened. Saul requested that Javadi to confirm in person that Iran had no parallel nuclear program with North Korea.

At the end of the episode, Carrie got herself very drunk and decided to call President-elect Elizabeth Keane (Elizabeth Marvel) for help getting Franny back. Keane made it clear that doing so would be unethical. In the final scene it was revealed that Dar was behind child services taking Frannie away.

Check out the Homeland 6×08 trailer below:

Here’s the synopsis for Homeland 6×08 – Alt.Truth: