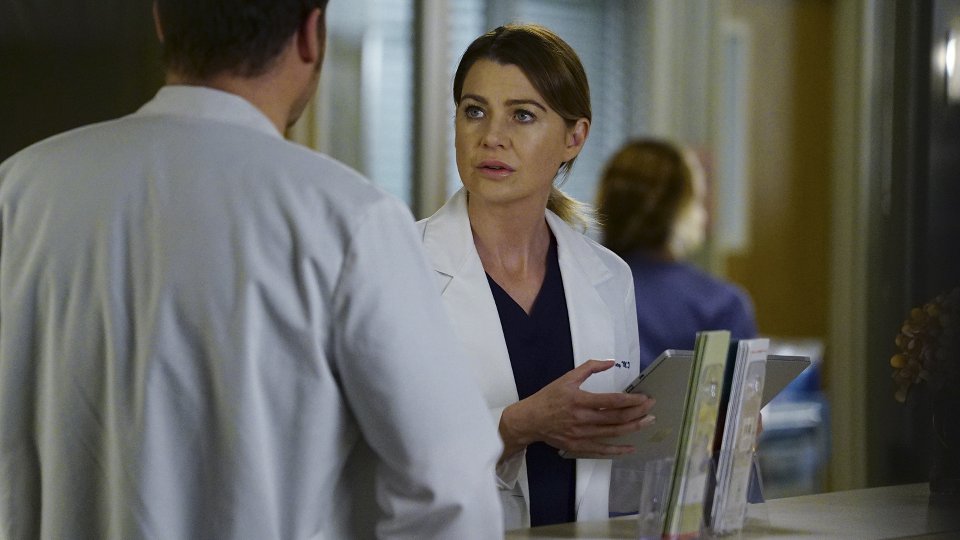 Bailey (Chandra Wilson) payed a visit to Meredith (Ellen Pompeo) on the latest episode of Grey’s Anatomy in a bid to convince her to return to work.

Following her suspension for battling against Minnick (Marika Dominczyk), Meredith stubbornly refused to go back to the hospital as she showed support for Richard (James Pickens Jr.). Bailey’s pleas fell on deaf ears as Meredith maintained that what Bailey was doing to Richard was wrong.

Bailey vented her frustration at Richard, resulting him visiting Meredith and convincing her to come back to work.

Elsewhere April (Sarah Drew), Richard, Alex (Justin Chambers) and Jo (Camilla Luddington) fought against each other when they worked on the case of a boy who needed a kidney transplant. The boy’s mother agreed to donate her kidney but during surgery they realised her other kidney wouldn’t be sufficient to enable her to survive.

The woman’s abusive husband arrived at the hospital and offered to donate his kidney, which Jo struggled to accept.

The next episode of the season is Civil War. Richard, Jackson, April and Catherine tackle a trauma case complicated by hospital politics, and things come to a head between Amelia and Owen.