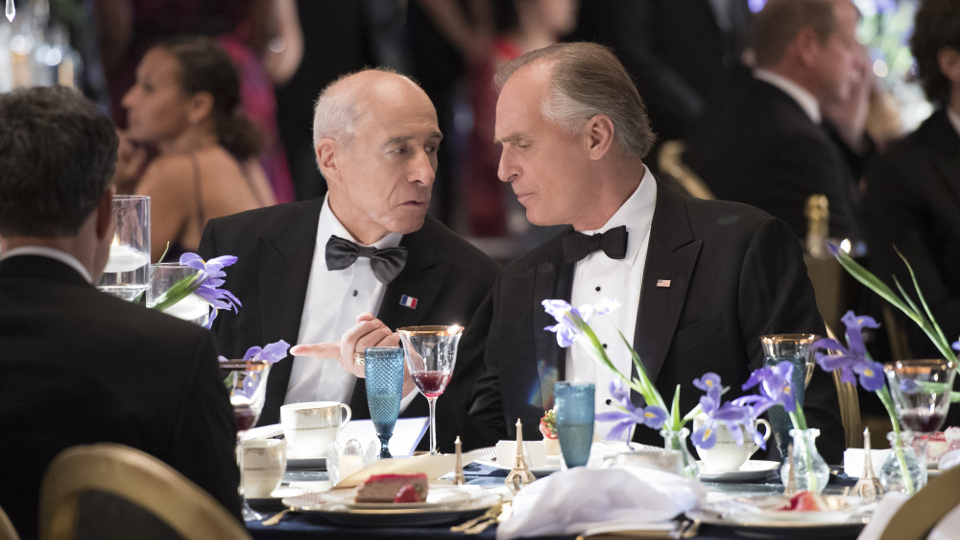 On the latest episode of Madam Secretary, Elizabeth (Téa Leoni) had to deal with a memo of dissent from her department.

The episode began with two bombings, one in Rome and another in Angola. The show touched on how the media give far more coverage to certain events over others. In this case the bombing in Rome took the headlines while the one in Angola was very under reported.

Due to this Elizabeth was served a dissent memo from Assistant Secretary for the Bureau of African Affairs, Susan Thompson (Tonya Pinkins) to voice their concerns over the lack of U.S. involvement in Angola. In particular they wanted to ensure that they played a role in preventing fraud in the imminent Angola elections.

Elizabeth and Susan eventually teamed up against the Angolan President. Elizabeth told him that the U.S. would block Angolan citizens coming into the country. Elizabeth also did a deal with a tech company to bring Internet back to Angola in time for the elections.

Elsewhere in the episode, Russell Jackson (Zeljko Ivanek) was concerned that President Dalton (Keith Carradine) would miss out on the ballots in Minnesota and Ohio. He all but forced Elizabeth to go to Ohio and do an interview at the NFL game where she covertly campaigned for Dalton.

The episode also focused on the relationship between Stevie (Wallis Currie-Wood) and Jareth (Christopher O’Shea). He was coming to visit but she wasn’t happy about how she was treated during her time in England.

After talking with her parents she expressed her concerns to Jareth. In return he listened and decided to drop his internship and stay in the U.S. which annoyed his family.

Meanwhile, Henry (Tim Daly) and Black Dog Station were trying to keep track of antiquities stolen by Hizb al-Shahid in Algeria. They discovered a French archaeologist who was doing business with the terrorist group.

Later, they put an undercover operative in her place to meet with the terrorists. The meeting went well and just as they were celebrating her success she was grabbed off the street and bundled into a van.

The next episode is The French Revolution. The success of a US-France state dinner is in jeopardy when a CIA operative is captured by French intelligence.