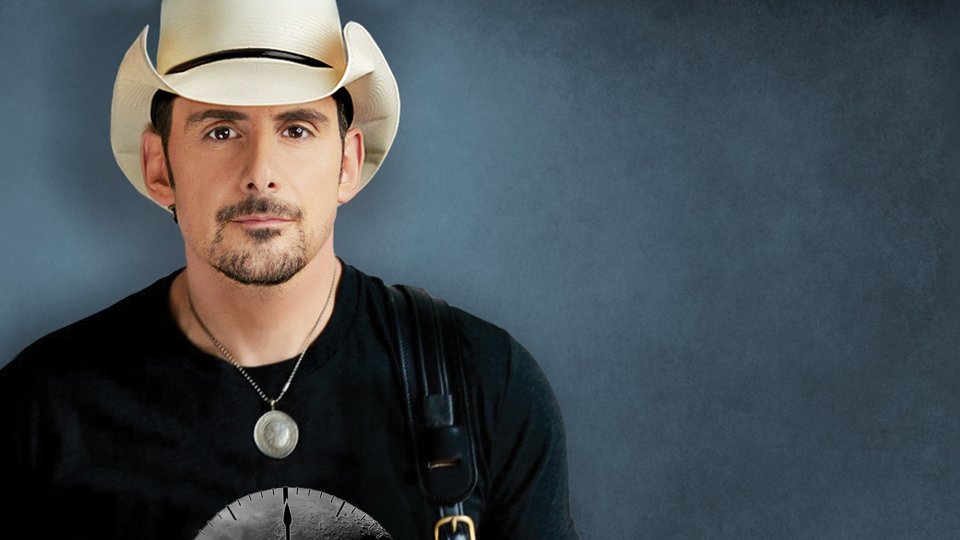 C2C: Country to Country welcomed back Brad Paisley to headline once again, following his successful performance during the festival’s second year.

Arriving on stage at 9.30pm, Brad delivered a slightly reworked version of Life Amplified Tour, which he finished in the US just last month. Kicking things off with the uptempo Crushin’ It, Brad made it clear from the outset that he would play as long a set as he was able – and boy he wasn’t kidding.

The set list contained highlights from across the star’s extensive back catalogue and was permeated by his self-deprecating and dry sense of humour. Early favourites in the set included American Saturday Night, Perfect Storm and This Is Country Music.

During the performance, Brad enlisted the help of some of the other day’s performers to help him out. Chris Young joined Brad for I’m Still a Guy while Chase Bryant strapped on his guitar for Ticks and set closer Alcohol. At one point a pre-recorded ‘Facetime’ call played on the video screens as Brad performed his hit Remind Me with Carrie Underwood. It was an innovative way to include her vocals on the track, despite her not being in the arena.

Brad embraced technology throughout the set taking phones off the audience to take selfies and record video. At one point he walked through the crowd to the Yamaha Music Stage at the back of the arena and performed his funny new sung Ashamed of Your Selfie, which takes a look at the lengths (often inappropriate) that people go to in order to share every last little moment of their life on social media.

He also engaged with the audience. During This Is Country Music he stopped playing his acoustic guitar, walked over to a young girl in the front row, handed it to her and told her to learn to play it. She looked stunned as the audience reaction went through the roof. Brad then strapped on another guitar and continued with the song.

Toward the end of the set Brad asked the audience to shout out songs they wanted to hear promising to play one. He settled on We Danced, which turned out to be an unexpected highlight from the evening and one of the more stripped-back moments.

Brad Paisley showcased exactly why he’s one of the most-loved performers in Country music last night. His musicianship is impressive and he has an extensive catalogue of hits to draw on for his live shows. For me the set was a little over long after an already long day and it could have benefitted from cutting a couple of songs but overall it was a polished performance from one of the genre’s most popular stars.

In this article:Brad Paisley, C2C