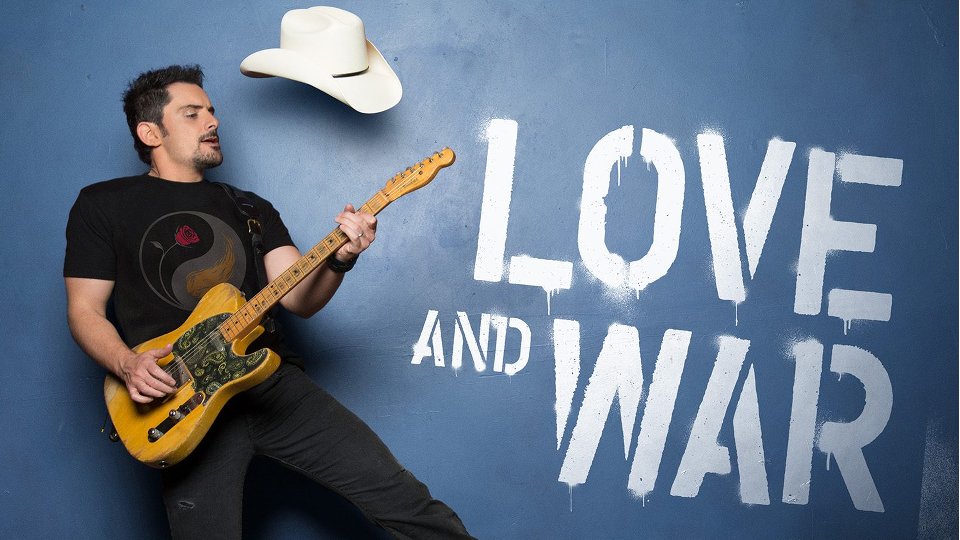 Brad Paisley headline the second C2C: Country to Country and he’s back tonight to headline again!

Before his much-buzzed headline performance, Brad sat down with the press to talk about C2C, his music and much more.

Talking about his longevity Brad said, ‘I’m way beyond anything I envisaged as a kid.’ He went on to say, ‘My goal was to have a hit song or two and a tour bus. I wanted to have enough hits to be able to tour. I’m very lucky to be able to create new goals and achieve them from time to time.’

Brad was clearly happy to be back at C2C. ‘This is the gig I’ve been looking forward to ever since we announced it.’

Love and War, Brad’s new album is due out in April but it’s taken longer than he expected. ‘Our goal was to have that record out this week and I blew that. I started making that album in September 2015 and the first recording session was with Mick Jagger. I told him we needed to write and see what happens at my house, so no one would know he was there.’

‘We ended up writing a bunch and my idea was to collaborate with these people I’ve been lucky enough to know that are way above my pay grade.’

For Love and War Brad has also collaborated with Timbaland and Johnny Cash, by way of the late star’s son.

‘(With Timbaland) where our sounds meet is bluegrass. It’s one of the most Country songs on the record and it doesn’t sound like Timbaland.’

Brad Paisley performs on the Main Stage at The O2 Arena for C2C tonight at 9.30pm.

Advertisement. Scroll to continue reading.
In this article:Brad Paisley, C2C