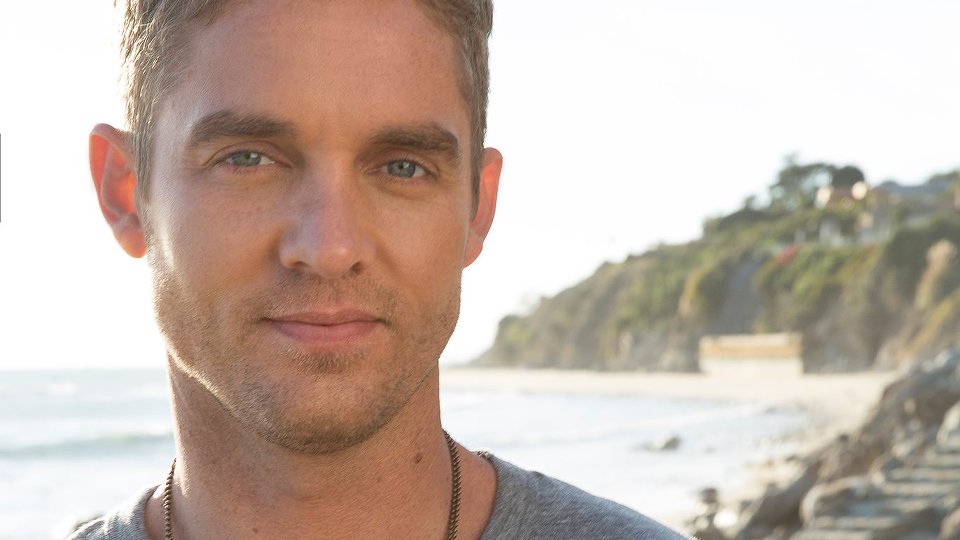 California-born singer-songwriter Brett Young almost pursued a career in baseball before an elbow injury ruled him out of the sport in 2003. Following his injury, Brett reconnected with music and decided to follow his passion. Starting out his music career as an independent artist, Brett released EPs and a trio of albums before moving to Nashville and signing a deal with Big Machine. The first fruits of his major label effort was a self-titled EP featuring the single Sleep Without You. Now Brett has released his major label debut album, the self-titled set Brett Young.

Despite his wholesome and hunky good looks, Brett hasn’t embraced the typical bro-country sound that so many male Country singers record. Instead his album is a 12-track set full of catchy-hooks, radio-friendly melodies and emotive ballads. It’s clear from a couple of listens that Brett isn’t shy when it comes to wearing his heart on his sleeve, and that’s what separates him from his contemporaries.

Brett has had a hand in writing all but one of the tracks on Brett Young and worked with producer Dann Huff. The set opens with Sleep Without You, which gets things off in the right way and reminds you instantly why the song captivated you the first time you heard it. Brett has a really distinctive tone to his voice and you instantly recognise it whenever you hear him. The song was built for radio and it’s so damn catchy that it sticks in your head for a good while after its finished.

Sleep Without You isn’t the only ear-worm on this record, in fact every single song is memorable. The punchy beats of Close Enough give way to a soft rock sound, current single In Case You Didn’t Know shows that Brett can deliver a solid ballad, and Left Side of Leavin’ leaves you hankering for summer to hurry up and get here.

The standout track on the record is the closing number Mercy. It’s a piano ballad that Brett wrote on his own and it’s absolutely stunning. Brett’s voice delivers some really beautiful riffs and his passion shines through. It’s one of those goose bump moments that you hope to see live at some point.

Elsewhere on the record Brett borrows a little of Sam Hunt’s swagger on Makin’ Me Say (which was co-written by frequent Sam collaborator Zach Crowell), Brett cranks up the tempo on the beat-laden Memory Won’t Let Me, and showcases his romantic side on the gorgeous Olivia Mae.

Brett doesn’t particularly break the mould on this album but he’s not trying to either. He’s created a collection of authentic modern Country songs that will blow up on radio and provide the perfect foundation for huge success in the future. Brett has definite crossover appeal and with his talent and good looks, he could find that he’s nipping at Sam Hunt’s heels as the poster boy of contemporary Country. Brett Young is a solid effort with plenty of memorable moments and Brett showcases a lot of potential.