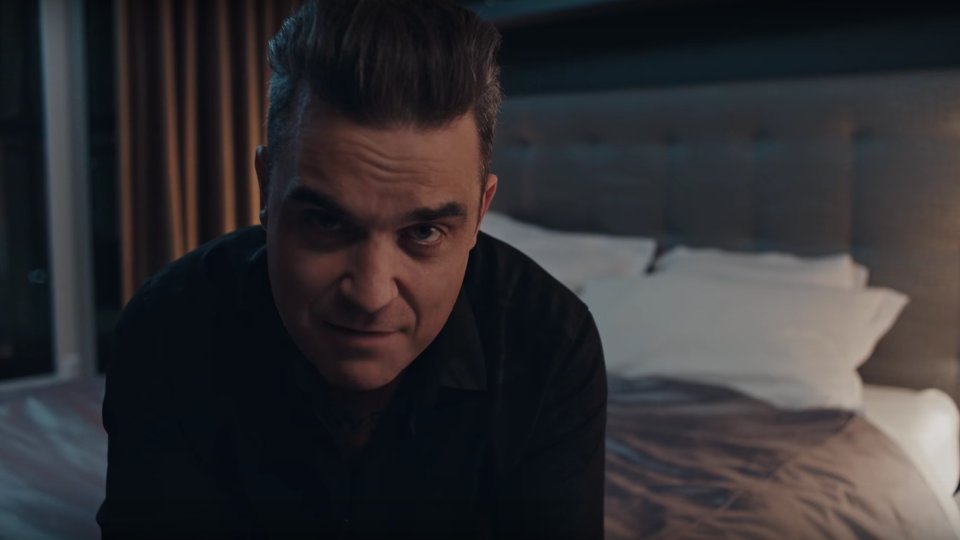 Robbie Williams has released two versions of the music video for his new single Mixed Signals.

The original video features Robbie convinced that his on-screen lover is having an affair and follows her on a night out. She comes home to him, although at the very end of the video he’s still not sure of her loyalty.

The second video features an alternative ending where we find out that Robbie’s fears are valid and she is having an affair after all. The twist features Robbie’s wife Ayda Field.

Mixed Signals is taken from Robbie’s platinum selling number 1 album The Heavy Entertainment Show and produced by Stuart Price. It was written by The Killers frontman Brandon Flowers and the track features all of the members of the band playing on it.

Robbie will head out on a European stadium tour later this year. He will play 31 shows in 19 countries. The tour opens in the UK at Manchester’s Etihad Stadium on 2nd June.

Watch both versions of the video below: