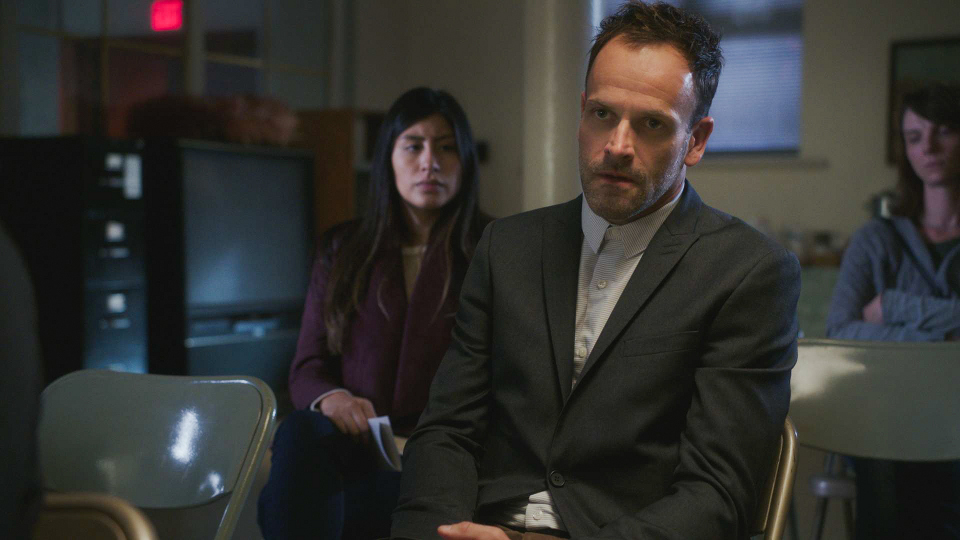 On the latest episode of Elementary, Sherlock (Jonny Lee Miller) and Watson (Lucy Liu) had to investigate the death of a base jumper called Bennet Nealy.

He died during a base jump off a building with a friend. They were carrying it out as a tribute to a friend of theirs who died previously after an accidental mid-air collision. During the jump a sniper shot Nealy more than once.

His parachute didn’t deploy and he hit the ground which finished him off. Sherlock examined the scene and determined that someone had also tampered with the parachute. A search of Nealy’s shed uncovered more tampered parachutes so someone definitely wanted him dead.

What followed was a long list of suspects and Sherlock and Watson took time to determine what had happened. In the end it turned out he was killed as part of an honour killing. Nealy was married but had fallen in love with an Afghan girl and it was her brother who killed him.

Elsewhere in the episode, Watson spent time with her half-sister, Lin (Samantha Quan), and they both remarked how well their relationship was going. Lin then mentioned to Watson that she had seen Shinwell (Nelsan Ellis) outside his building and that he appeared to be talking to a gang member.

Watson tracked down the gang member called Tall Boy and warned him to stay away from Shinwell as it violates his parole. However he told her that Shinwell had asked him to visit.

Watson spoke about the situation to Sherlock who paid Shinwell a visit. He joined him in the park where he was gambling at chess. Sherlock challenged him to a game and tried to help him by giving advice to keep out of trouble. Before they could finish Sherlock was called away but not before revealing how he would have won the game in the next couple of moves.

At the end of the episode, Shinwell contacted Watson and she went to his apartment to meet him. There he threatened her to leave him alone. Watson was shocked and left but it seems that Shinwell was probably putting on an act to keep her safe – her certainly looked upset about it.

The next episode is How the Sausage Is Made. Joan worries Sherlock’s sobriety is at risk when she learns he has been lying to her about attending recovery meetings. Also, Sherlock and Joan discover a man’s death caused by ingesting poisoned sausage is connected to a lab working on a breakthrough in the artificial meat industry.