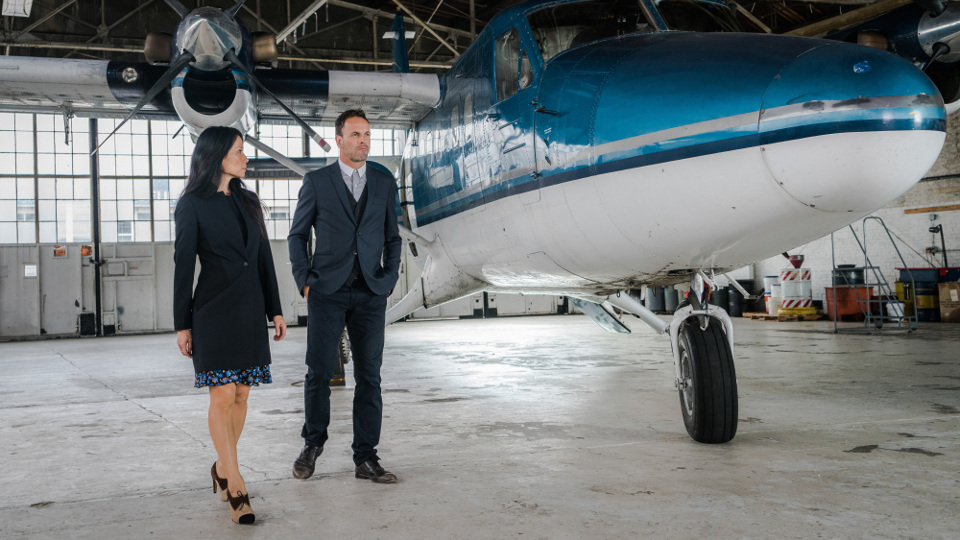 On the latest episode of Elementary, Sherlock (Jonny Lee Miller) and Watson (Lucy Liu) were called to investigate a death at a posh restaurant.

Initially it seemed that the head chef was the only casualty of some poisoned foie gras, but another member of the kitchen staff was also taken ill. They then discovered that the same foie gras had been given to a lunch party earlier in the day.

Sherlock quickly worked out that the foie gras had been laced with a particular type of deadly snake venom. There was also small bits of fiberglass present to help the venom get into the bloodstream of the victims.

They were only able to track down the lunch party members once they turned up dead. They were all members of the Internet Address Organisation and responsible for the core security of the Internet. One of the group survived due to not eating the foie gras.

Later a threat was made against Wall Street forcing the NYSE to be shut while an investigation took place. Sherlock and Watson tried to determine if someone would profit from the closure but eventually marked it as a hoax.

Sherlock then determined that the real target were three very expensive paintings which had gone missing. He proposed a trap to find the culprit and eventually everything led back to the kitchen staff member who was taken ill.

Elsewhere in the episode, Detective Bell (Jon Michael Hill) accidentally committed perjury while giving testimony in court. Part of his error had been caused by misinterpreting Sherlock’s notes and he helped him fix it.

During the case Sherlock realised that Detective Bell had a crush on the ADA handling the case. It left him wondering if his relationship with Fiona (Betty Gilpin) was working. He said it didn’t compare to what he’d had previously with Moriarty. He was also confused as to why they didn’t talk about their work.

At the end of the episode, Sherlock answered a web call from Fiona. Will they sort things out or will he end it?

The next episode is Bang Bang Shoot Chute. Holmes and Watson search for two murderers after a base jumper is shot out of the sky by one killer, and has his parachute sabotaged by another. Also, after Joan’s sister, Lin (Samantha Quan), thinks she sees Shinwell with a member of his old gang, Joan takes drastic measures to make sure he won’t be drawn back into a life of crime.