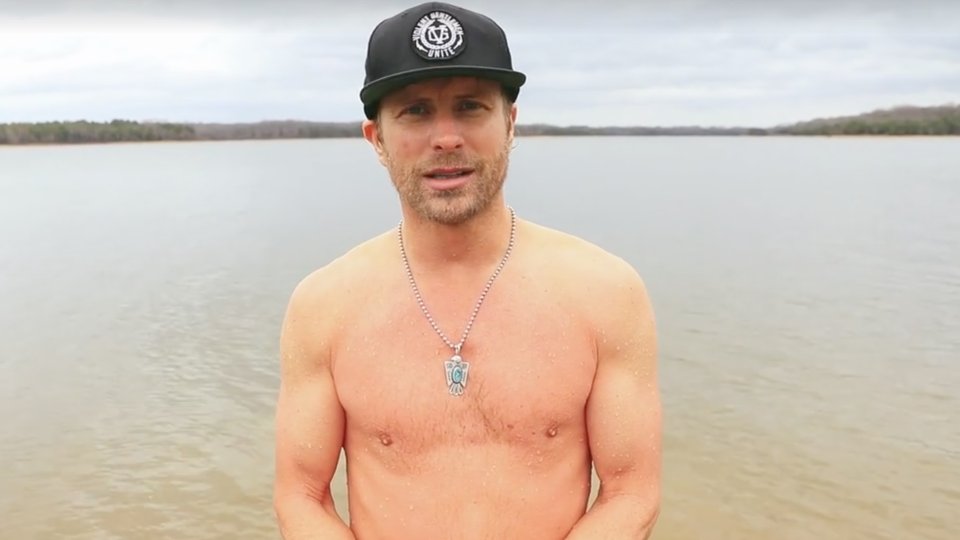 It wouldn’t be the new year without country star Dierks Bentley completing his annual lake jump.

The singer-songwriter has made jumping into a freezing lake an annual tradition and this year he punishes himself that little bit more. Admitting that his jump has come 13 days later than planned, Dierks decides to stay in the freezing cold water for 13 minutes to make up for it.

This year he’s done the jump on his own. Previously he’s been joined by support acts from his tour including Maddie & Tae, Kip Moore and Canaan Smith.

As he strips down to his shorts, Dierks wanders into the water and when he emerges he looks red raw and we felt cold just watching him.

See the whole thing by watching the video below and enjoy a bit of shirtless Dierks suffering for his art: