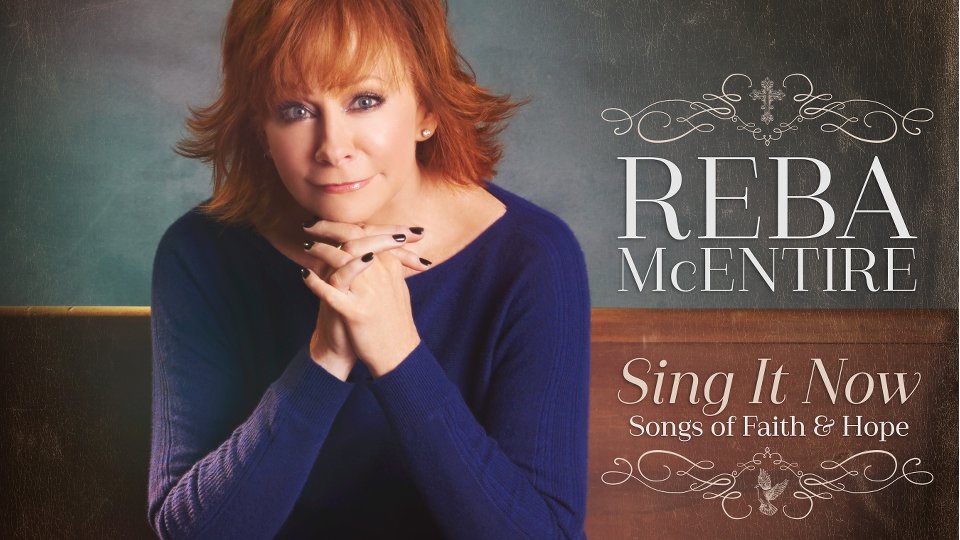 The double CD release comes prior to Reba’s headline set at C2C: Country to Country 2017 in March. The collection features traditional hymns of faith on the first CD and contemporary tracks on the second.

“Sing It Now was the perfect title for this album because the message and melody throughout the song connects the dots between the traditional hymns I grew up on and new music that has been uplifting for me in challenging times,” said Reba.

Sing It Now includes the first song Reba ever sang in public, Jesus Loves Me, and a collaboration with Kelly Clarkson and Trisha Yearwood on Softly and Tenderly. The album was co-produced by Jay DeMarcus of Rascal Flatts and band leader/musical director Doug Sisemore

“Music conjures up great memories and goes hand and hand with us McEntires,” said Reba. “Mama, Susie and Alice even came into the studio with me to record I’ll Fly Away.”

The track list for Sing It Now: Songs of Faith & Hope is:

Check out the cover for Sing It Now below: