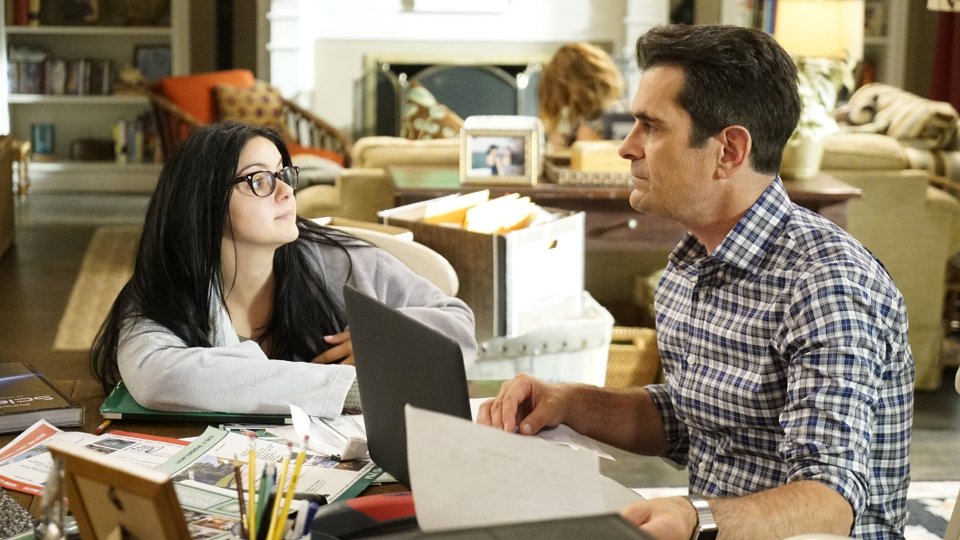 The season premiere found the Dunphy family in New York with Phil (Ty Burrell) and Claire (Julie Bowen) deciding to extend their stay but lying to their kids about it. What they didn’t know is that Luke (Nolan Gould), Alex (Ariel Winter) and Haley (Sarah Hyland) were doing the same thing.

Meanwhile Mitch (Jesse Tyler Ferguson) and Cam (Eric Stonestreet) were in Missouri with Cam’s family as they held a bedside vigil for his comatose gran, and Gloria (Sofia Vergara) clashed with her sister in Mexico over her hot sauce business.

The next episode of the season is A Stereotypical Day. Jay (Ed O’Neill) tries to make a good impression on his new neighbours, while Cam and Mitchell attempt to teach Lily (Aubrey Anderson-Emmons) a message of acceptance.