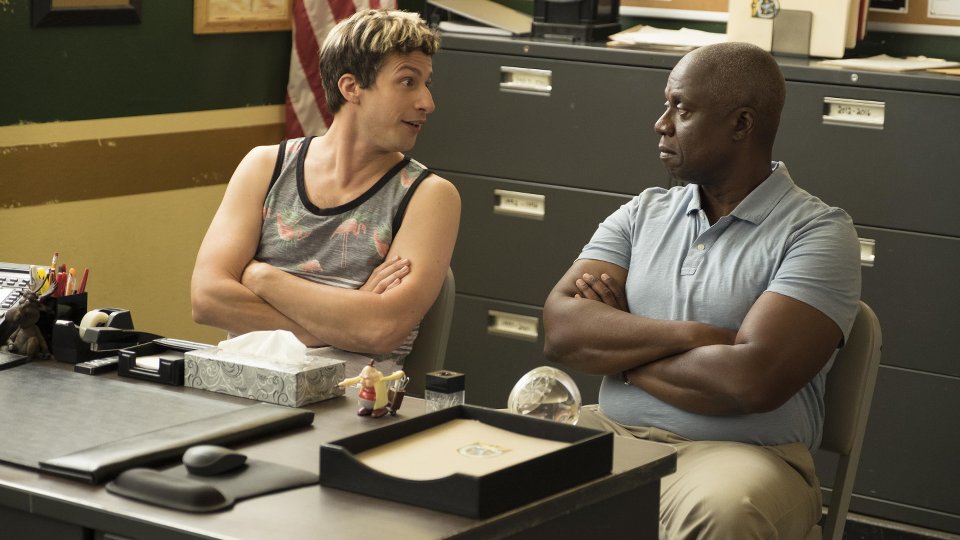 Brooklyn Nine-Nine kicks off its fourth season in the UK this week.

Premiering with a double bill Thursday on E4, the comedy picks up with Jake (Andy Samberg) and Holt (Andre Braugher) living in witness protection after their lives were threatened by Figgis (Eric Roberts).

The comedy is already part-way through its fourth season in the US so we’ll be playing catch-up! Season 3 recently arrived on Netflix so there’s still time to rewatch it before the new season arrives here in the UK.

The first episodes of the new season are Coral Palms Part 1 and Coral Palms Part 2. Peralta and Holt adjust to their new lives in the Witness Protection Programme while crime boss Jimmy ‘The Butcher’ Figgis is still at large.

Tune in to E4 at 9pm on Thursday to see the episodes. Preview them with our gallery below: