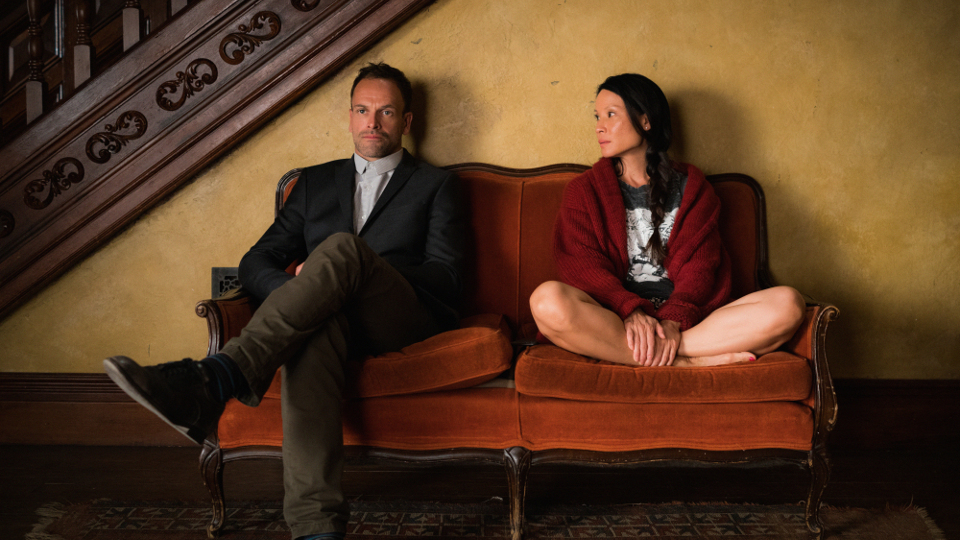 On the latest episode of Elementary, Sherlock (Jonny Lee Miller) and Watson (Lucy Liu) investigated a murder at a nudist retreat which was linked to a high-profile missing person’s case.

After identifying the kidnapper’s burnt out van they found a burner phone with the SIM card still intact. The phone had been used to make calls to a single number on multiple occasions.

Eventually the evidence led them to some video footage, that they had to steal. The footage had been altered using some ground-breaking CGI software. Meanwhile the missing girl turned up and Sherlock determined that the kidnapping had been faked.

Elsewhere in the episode, Sherlock was approached by Captain Gregson’s (Aidan Quinn) girlfriend Paige (Virginia Madsen) who wanted to hire him to investigate her doctor’s office. Sherlock took the case and discovered a billing scam. He also found out that the medication for Paige’s Multiple Sclerosis was causing her to go broke.

At the end of the episode, Sherlock suggested that Captain Gregson and Paige get married to cover her with his insurance. Sherlock set up a proposal and even brought Gregson a selection of engagement rings.

The next episode is Henny Penny the Sky Is Falling which will be the 100th episode of the show. Captain Gregson lobbies to include Holmes and Watson when his unit is selected to receive a city commendation for its exemplary work. Also, as Holmes and Watson consult on the investigation into a financial analyst’s murder, they are drawn into the world of asteroid research.