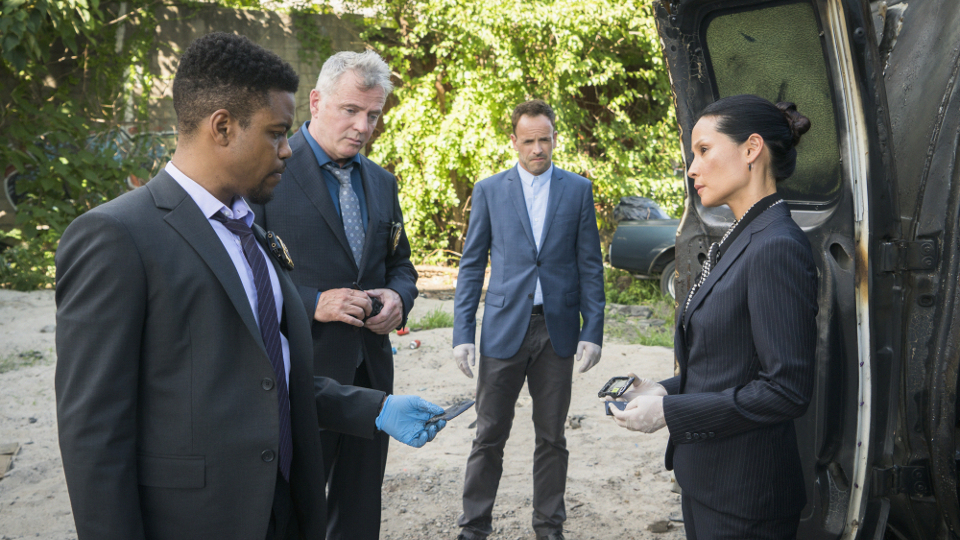 On the latest episode of Elementary, Sherlock (Jonny Lee Miller) was abducted by a local street gang.

The gang wanted Sherlock to track down the killer of their favourite smuggler. He agreed in exchange for the name of a drug dealer who was putting lethal heroin on the street.

With the help of his hacker friends at Everyone, Sherlock was able to determine that the murderer was looking for a priceless artifact – the Imperial Jade Seal of China. The governments of Taiwan and Mainland China both approached Sherlock with huge cash offers for the artifact.

The gang leader did more than give Sherlock a name, he took him to see the dismembered body of the drug dealer. Sherlock in return worked out who had killed the smuggler but rather than give his name he orchestrated a plan which saw the killer go to jail.

Elsewhere in the episode, Watson (Lucy Liu) helped Shinwell Johnson (Nelsan Ellis) get set up with a new apartment. He also asked a big favour for her to look into the whereabouts of his teenage daughter. Watson tracked down her mother but was refused permission to tell Shinwell.

At the end of the episode, Shinwell had tracked her down himself but explained he needed to earn her back in his life.

The next episode is Render and Then Seize Her. Holmes learns a secret about Captain Gregson’s girlfriend when she hires him for a case she wants kept off of Gregson’s radar. Also, Holmes and Watson join the NYPD’s search for an abducted woman.