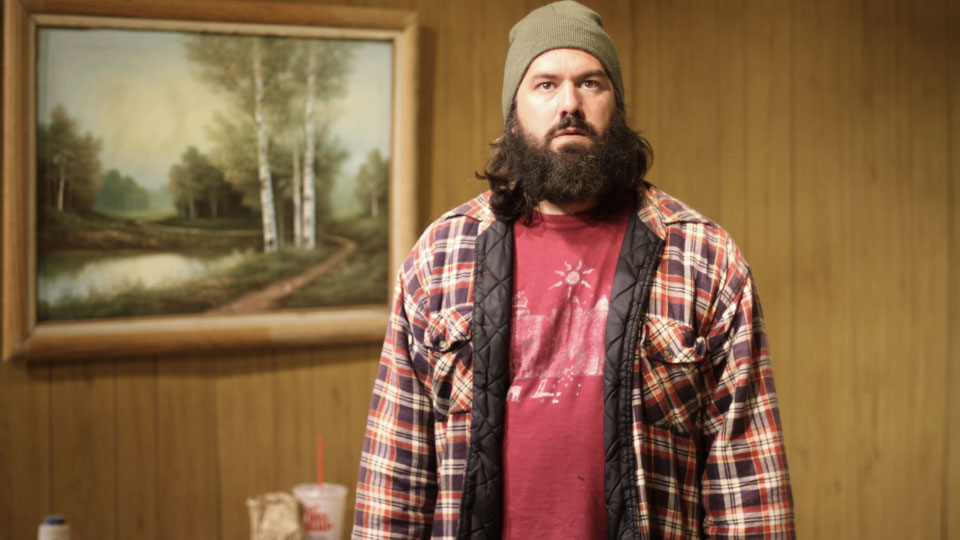 With a run of over six months at Pacific Rep Theatre in Los Angeles, Out There on Fried Meat Ridge Road is a hillbilly comedy with a heart of gold. Catch it January 17th – February 4th 2017 at the White Bear Theatre.

Writer and actor Keith Stevenson, who originated the role of JD in Los Angeles, hails from Keyser, West Virginia, the hometown of the actual Fried Meat Ridge Road. Now, with Wildcard Theatre, he brings his brand of Americana to the White Bear Theatre, opening in the same week as the inauguration of a president widely believed to have been elected due to his manipulation of similar characters.

Things could not get any worse for Mitchell, who just lost his girlfriend, his apartment, and his job at the local Spork Factory. With nowhere to go, he answers an ad for a roommate and finds himself in a West Virginia countryside motel with JD, an affable hillbilly of mysterious origins. Soon JD’s neighbors – curmudgeonly Flip, meth-head Marlene, and her hot-headed boyfriend Tommy – have all but taken over the tiny room. When this zany group find themselves in a brief hostage situation, Mitchell must decide to save himself or join this dysfunctional family and let his freak-flag fly.

In this article:Keith Stevenson, Out There on Fried Meat Ridge Road, White Bear Theatre