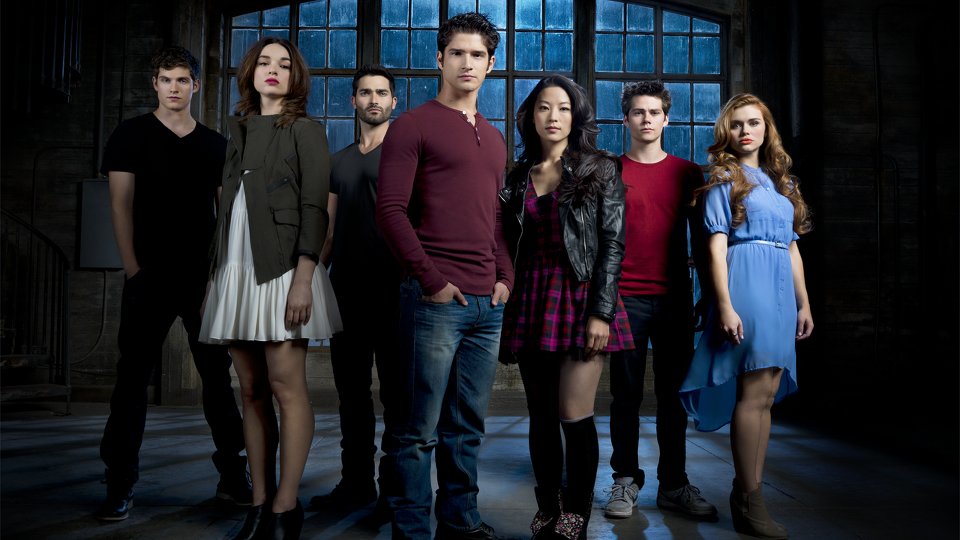 MTV’s reboot of Teen Wolf is coming to an end with its sixth and final season. Currently airing in the US, the sixth season offers fans a final 20 episodes to spend with Scott McCall (Tyler Posey), Stiles (Dylan O’Brien) and the gang. Since it began in 2011, Teen Wolf has been a consistent performer in the ratings and has built a hardcore fanbase that has followed it over the duration of its run. In the UK the show has bounced around the schedules and channels, never quite finding its right home. That’s understandably left a lot of fans pretty annoyed as the show disappeared for years after the end of the second season.

If you wish to avoid spoilers for seasons three, four and five, we suggest you stop reading now.

In time for Christmas that is being rectified with the release of seasons three, four and five on DVD. That’s an astonishing 56 episodes for fans to catch-up on and it’s pretty much the perfect binge-watching show if you ask me. At the end of Teen Wolf’s second season Jackson Whittemore (Colton Haynes) was killed after turning into the Kanima but returned as a blue-eyed werewolf. Peter Hale (Ian Bohen) warned of the arrival of a new pack of Alpha werewolves and Allison (Crystal Reed) decided to break up with Scott.

As season 3 opens Jackson has moved to London, and doesn’t return to the show in any of these seasons, and the threat of the new Alpha pack hangs over Scott and his friends. The Alphas are determined to get Derek (Tyler Hoechlin) to join their pack and are prepared to kill his young pack in order to force him to do so. As they try to deal with that, there’s also the emergence of a supernatural Druid that is killing people and absorbing their powers to battle the Alphas.

The third season is split into two definitive parts that are strung together by the Alpha storyline. In the back half of the season Scott struggles to find his place in the Alpha pack and the spirit of Nogitsune, who possesses Stiles, threatens them. The character of Kira Yukimura (Arden Cho) makes her debut and she’s quickly established as being able to help battle Nogitsune thanks to the powers she possesses.

Season four jumps forward two months as Scott and his friends deal with the deaths of several of their friends, which happened at the end of season 3. Back in school and with their focus on being human, the group adds new friend Malia (Shelley Hennig). Of course in Beacon Hills things don’t stay calm for too long and Kate Argent’s (Jill Wagner) resurrection throws a curveball as does the arrival of a new enemy known simply as The Benefactor.

The season is shorter than the third with only 12 episodes but plenty is packed in over the course of them. Along with the now customary good versus evil fight that takes place every season, the fourth season sees Scott dealing with his first Beta werewolf Liam Dunbar (Dylan Sprayberry). By the season’s end there’s the departure of another major original character, which I’ll admit does leave a bit of a hole in season 5.

Teen Wolf’s fifth season introduces a whole heap of new characters including werewolves Theo Raeken (Cody Christian) and Brett Talbot (Cody Saintgnue). Scott, Stiles, Lydia (Holland Roden) and Malia are all on the eve of their senior year and the season is very much focused on moving on, growing up and finding your own path in life. Of course with this being Teen Wolf it’s anything but plain sailing as the group faces an enemy the likes of which they’ve never battled before.

The Dread Doctors are the big bad for season five, a team of scientists that create supernatural beings. The season allows introduces the character of Sebastien Valet (Gilles Marini), the original Beast of Gevaudan, who is the biggest threat posed to Scott and the group after being resurrected by the Dread Doctors. There’s also the return of a familiar face in a different role that I thought was pretty cleverly done.

The thing that’s always been the strength of Teen Wolf is its young ensemble cast. Tyler Posey and Dylan O’Brien are one of the best double acts on TV and their chemistry is as evident off-screen as it is on-screen. Both actors really shine throughout these three seasons and to be honest I’ll be sad not to see them regularly once the show ends its final season in 2017. Their supporting cast is superb too with strong turns from Tyler Hoechlin proving to be much more than simply guy candy (he’s shirtless more than he’s anything else) and Shelley Hennig adding to the cast as Malia.

Unusually for a show aimed at teens, Teen Wolf is actually fairly complex and requires you to actually pay attention. The writers have created a rich cast of characters with depth and the way everything interlinks is very impressive. I had a hard time keeping up with who’s who at points so make sure you actually concentrate on the show and put your phone on silent so you’re not tempted to multi-task.

The extras across the three boxsets include handful of featurettes, gag reels, deleted scenes and the very welcome Return of the Shirtless Montage that celebrates the large amount of male torsos you get to enjoy over the course of the show.

Teen Wolf is a show that really defied expectations and did something very different with its source material. The show is a good mix of drama and humour with plenty of suspenseful moments too. The show really comes into its own during these three seasons and the fact it survives the loss of three major characters, shows just how well written it is and how hardcore a fanbase it has. If you’ve got some spare time on our hands this Christmas then I‘d recommend getting your hands on these boxsets and binging your way through the festive season.