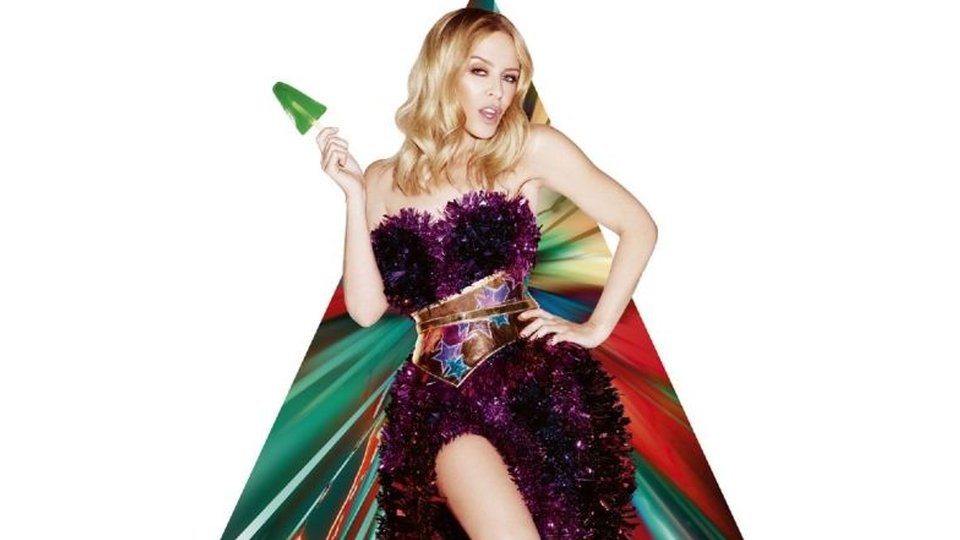 Kylie Minogue unleashed her first ever Christmas album last year. The Gold-certified Kylie Christmas landed in the UK charts at number 7 and was a decent sized hit over the festive season. A little over a year since it’s initial release, Kylie has released a revamped version, Kylie Christmas: Snow Queen Edition. The new release features all of the original tracks from Kylie Christmas along with six newly recorded tracks. It also features brand new artwork that gives the album a classier feel than the original release.

You can’t fail to have heard Kylie’s take on Rozalla’s Everybody’s Free (To Feel Good). Not only is it used in the Boots adverts this Christmas but Kylie performed it on The X Factor 2016 final this past weekend with finalists Matt Terry and Saara Aalto. It’s an odd song to choose to include on a Christmas collection but Kylie’s piano-take on the dance classic gives it a festive makeover and somehow it works as part of the track list.

Kylie enlists the help of Mika for a cover of Paul McCartney’s Wonderful Christmastime, which stays fairly close to the original version, and puts her own spin on Coldplay’s 2010 festive track Christmas Lights. Elsewhere on the album Kylie turns East 17’s epic Christmas favourite Stay Another Day into a beautiful ballad, lets her hair down on the bouncy and playful original track At Christmas, and embraces her camp side with a cover of Wizzard’s I Wish It Could Be Christmas Everyday.

The new tracks are sequenced throughout the original track list rather than tacked on at the end. They work perfectly with the original tracks and add that extra bit of festive cheer. I’m still a big fan of 100 Degrees with Dannii Minogue and Kylie’s take on It’s The Most Wonderful Time Of The Year, both of which were on the original Kylie Christmas release.

Other highlights from the record include a fun cover of The Waitresses’ hit Christmas Wrapping with Iggy Pop, a very sexy take on Santa Baby, and a memorable version of Connie Francis’ I’m Gonna Be Warm This Winter.

Kylie Christmas: Snow Queen Edition is a worthwhile reissue and it packs plenty of new songs on to the 2015 collection. Honestly I think the album should have been a lot bigger than it was on its original release and there’s still time for it to kick in before Christmas arrives this year. Kylie Christmas: Snow Queen Edition is bold, fun and camp as…well Christmas. I have literally no idea what else you would want at this time of the year!