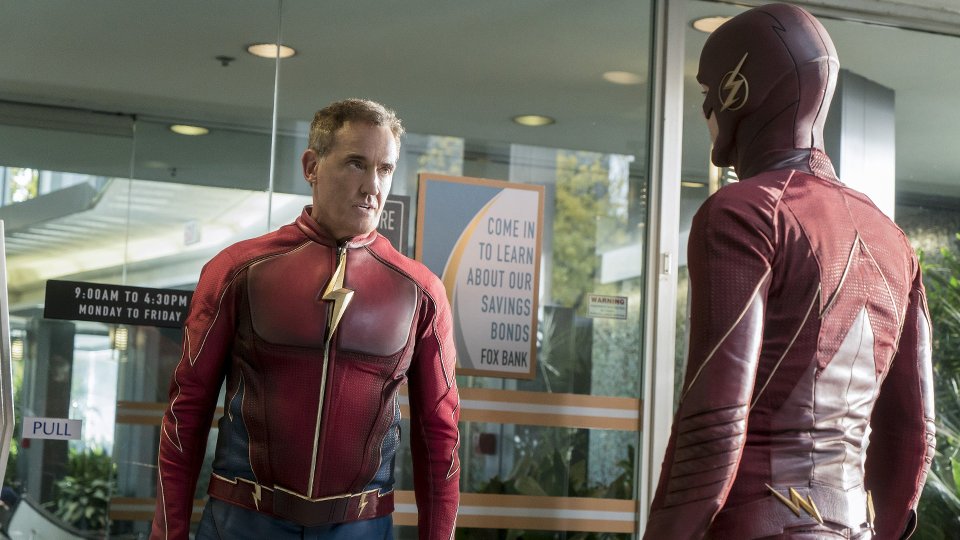 Barry (Grant Gustin) took a break from his battle with Savitar on the latest episode of The Flash to help rid the earth of aliens.

Barry lured Supergirl to the mind control device and manipulated her into destroying it, which freed everyone.

Elsewhere Cisco (Carlos Valdes) found Barry’s message to Rip Hunter (Arthur Darvill) and revealed it to everyone causing most of Barry’s friends to distrust him.

The episode came to an end with Sara (Caity Lotz), Ray (Brandon Routh), Diggle (David Ramsey), Thea (Willa Holland) and Oliver (Stephen Amell) being teleported away by the aliens.

The mid-season finale is The Present. Barry heads for Earth-3 to get advice from Jay (John Wesley Shipp) Garrick on how to stop Savitar; Wally (Keiynan Lonsdale) tells Barry he’s been training with H.R. (Tom Cavanagh); old wounds are reopened as Cisco faces Christmas without Dante (Nicholas Gonzalez).