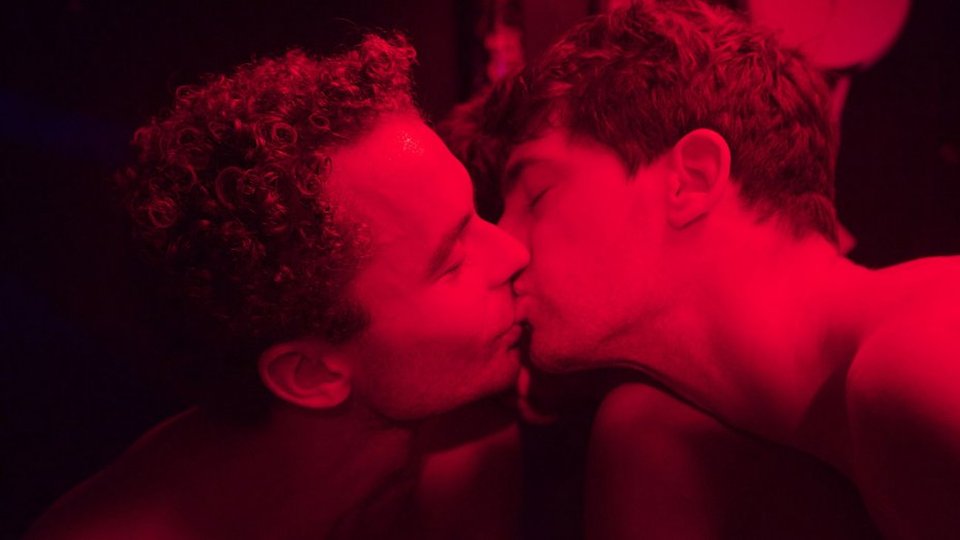 At a sex club in Paris Theo (Geoffrey Couet) and Hugo (Francois Nambot) meet one another and are immediately drawn together. The two men share an intense and passionate sexual encounter but after leaving the club together they realise that the sex they had wasn’t safe. Hugo panics revealing that he’s HIV positive and insists on taking Theo to the hospital to get preventative treatment. Unfolding over the course of one night, the two men are brought together through unexpected circumstances and they can’t seem to escape one another.

Theo & Hugo isn’t the film you think it’s going to be after the first 20 minutes. It opens with an explicit and intense sex scene that takes place in the Paris sex club where Theo and Hugo meet one another. Surrounded by other men having sex with one another, the encounter between the two is shown to be so magnetic that they forget everyone else is in the room. Following their hook up, the two men leave the club together and wander through the streets of Paris where it’s revealed that the sex they had wasn’t safe and that Hugo is HIV positive.

At this point in the film you would expect Theo to freak out at the news but he keeps an oddly calm demeanour while Hugo goes into overdrive. A trip to a hospital follows to get medication for Theo to prevent him from contracting HIV but interestingly that story takes a bit of a back seat to the character development of the two men. Theo & Hugo, despite its explicit start, is at its core a traditional love story about two men who meet by chance and fall for one another.

The events of the film take place in real time and the two men quickly form a bond that brings with it insecurities, hidden secrets and plenty of conflict. At the centre of it all is their initial sexual attraction and the two men wonder if that’s enough given the unexpected circumstances they find themselves in.

The performances from the two lead actors are strong. Geoffrey Couet is the standout of the two for me thanks to the way he allows his character to deal with what would be to most people shocking and alarming news. In some ways his character Theo appears naïve and lost but in others he’s just desperate to make a connection with someone and share intimacy. His chemistry with Francois Nambot is what makes the film so engaging and it’s a joy to watch the two actors bounce off one another.

Theo & Hugo is a mature look at adult sexuality and dealing with the curveballs life throws at you. It handles a very sensitive subject with honesty and care, and that’s what makes the film so special. Some people may not make it through the drawn out sex scene that kicks the movie off but really the film kicks into gear once the men leave the club. If you are in the mood for a slice of gay cinema that offers a new perspective, then I’d highly recommend Theo & Hugo.