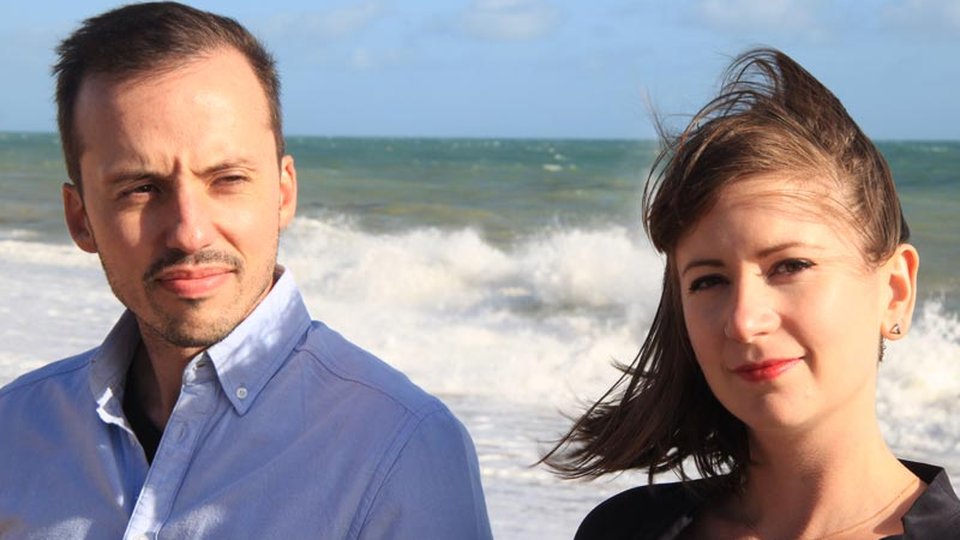 I couldn’t find much out about the ALDA ORCHESTRA in advance of the event, and then I realised it was because they had only recently formed. In April 2016, Helgi Ingvarrsson and Helen Whitaker began a formal collaboration; their goals included bringing contemporary Icelandic classical music to the South East coast. The event, titled Icelandic winter, took place at the lovely Old Market Theatre, and premiered a number of pieces.

I had listened to some Icelandic artists before. Particularly, Sigor Rós with their wonderful ethereal compositions which seem to emulate another dimension and, of course, Iceland’s other famous export Bjork, so I was really looking forward to the atmospheric and experimental sounds of this exciting partnership. Also, given we are now in the depths of Winter, I could think of no better way to spend a cold December evening than listening to the musical exploration of a distant snowy setting.

I wondered how the music was going to reflect the icy island landscape. I knew that Iceland was full of dramatic scenery and the island was located just outside the Arctic Circle. It is also geographically isolated; I think this makes it a special place. It’s full of glaciers and volcanoes, and whilst the coast is populated, the central mountainous regions are not, and ice fields, and fjords dominate them. It’s a place of water then, and the ALDA (Alda means ocean wave) ORCHESTRA, with their artistic focus on themes of nature were sure to embrace this emblem of the country.

Both Ingvarrsson and Whitaker are highly trained professional musicians and they had engaged a substantial number of expert performers to form the ALDA ORCHESTRA.

My expectations were surpassed – from start to finish; the music was different and haunting. There were moments that, when I closed my eyes, the noises came together with unexpected clatters, bursts followed delicate hovering moments. It was an experimental harmony. The music notes were held, lingered and instruments seemed almost in conversations with one another. The opening track, Winter fog began with operatic-style singing and the lyrics described the images of the mountains. They also inadvertently introduced us to the landscape that had obviously captured the imagination of the composer.

Earths was assembled with a powerful crescendo. I particularly loved the string sections and the double bass and the piano seemed to play off one another cleverly. There was a political motivation to this piece as it sought to comment on the misuse of natural resources in America.

There was a surprise in store following the interval. Find the squirrel was composed during workshops at local schools. In these workshops, the participants were listening to and inspired by the sounds of the coastal environment in Brighton. It worked brilliantly, at one point the cellist flipped over her instrument and worked the bow across the wood surface. It was weird, it was meditative and it felt very modern.

The sounds mimicked the racket of the natural world. They conjured images of water melting and led quickly to big sounds more evocative of icy environs. Hostile natural environments lack the clatter of industrial life; the music was suitably foreign and felt closely allied with the natural forces that make up Iceland.

There was an electronic accompaniment, which preceded most pieces, but whilst interesting to listen to, it seemed a bit of an add-on to the orchestral works, at times. The concluding piece, Vetrarþoka finished the evening with another vocal accompaniment, this time in Icelandic. It was illuminating, delicate and beautiful. I really enjoyed this evening of music

ALDA ORCHESTRA is a newly founded 13 player professional chamber orchestra based in Brighton. The project has been generously supported using public funding by the National Lottery through Arts Council England and the Rannis Music Fund.