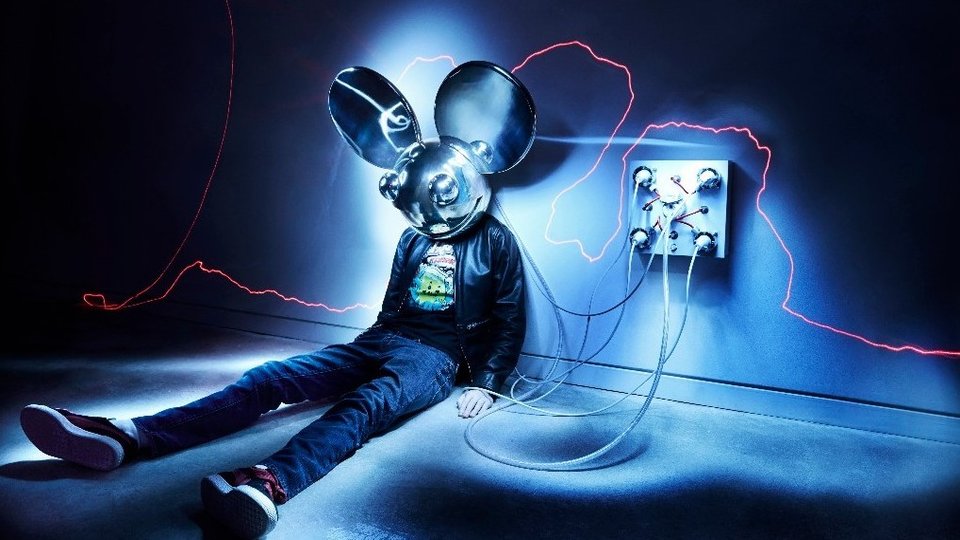 deadmau5 is no stranger to success, the Canadian artist, Joel Zimmerman topped the US dance charts with his last two albums, > album title goes here < and while(1<2). He has also been nominated for six Grammys and won multiple Juno Awards.

Some of his tracks such as Faxing Berlin, Sofi Needs a Ladder, Ghosts n Stuff, I Remember and The Veldt have become dance classics and the music is only rivalled by the high energy live shows that deadmau5 puts together. His much anticipated new album,  W:/2016ALBUM/ was just released and I was looking forward to listen to it.

The album opens with 4ware, a mellow track which sounds great as a background tune. 4ware is a good tune and keeps in theme with deadmau5 older material, which I personally preferred. Fans will recognise a touch of atmospheric house, which blends well in the background. Up next is 2448, which kicks off slow but picks up the pace and deadmau5′ sound is noticeable straight away. 2448 becomes more interesting two minutes in with more layers and a harder sound. The track ends with a cat purr set to confuse a few during nights out.

Cat Thruster comes as a surprise on the album, mainly because it sounds different to the other tracks and has quite a funky vibe to it. The track is quite mellow and reminds me of French house.

The album really starts to become more interesting after that with heavy and deep tracks such as Deus Ex Machina and Imaginary Friends. Deus Ex Machina is quite dramatic and the bridge halfway through creates great balance, avoiding the track becoming boring. Imaginary Friends is also quite dramatic but almost more so, the track reminds me of tracks from the epic album, For Lack Of A Better Name and is a reminder of how interestingly layered some of deadmau5 tracks can be. Both are favourites on the record and sound like they could easily become club favourites.

Let Go is the more commercial sounding track on the album. The Grabbitz collaboration starts off with an intense crescendo and slowly picks up some pace. The track has an interesting atmospheric landscape and feels nostalgic. It’s easily one of the easiest tracks to release as a single.

Another favourite on the album is Snowcone. I love the trip hop feel of the track and how easy it is to listen to. It’s easy yet if you listen closely quite complexly layered. W:/2016ALBUM/ picks up in pace again with Three Pound Chicken Wing. The track is heavy but balanced through timed bridges. It’s simple and it works.

Last but not least is Whelk The, which is a lot heavier in sound than Snowcone but has a similar vibe to it. The track is big but also mellow, which is an ideal combination as an end track.

deadmau5 has evolved as an artist but at the same time he has also developed a recognisable sound that is very much his signature beat. W:/2016ALBUM/ is an interesting album but doesn’t feel like a huge departure from deadmau5′ old material yet the level of production and attention to detail is exquisite and adds a lot to the listeners experience.