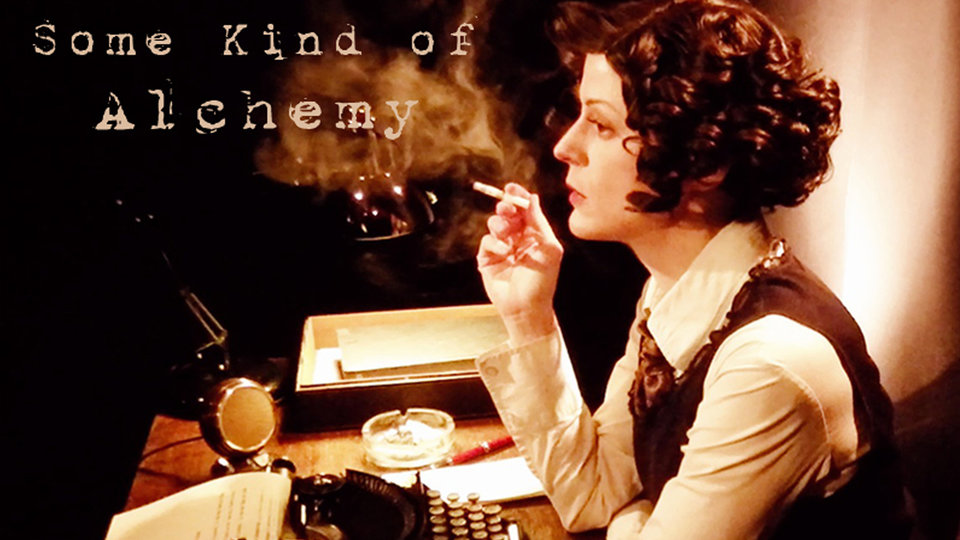 EMBERHONEY is the artistic project of Indie Noir songwriter Taylor Madison Damion. Her striking storytelling and evocative soundscapes have earned a reputation as a gifted poet and musician, attracting acclaim from notable corners of the industry. We caught up with Taylor to discuss her latest video and the inspiration behind it. She shares her thoughts below:

The concept for the story arc for ‘Some Kind of Alchemy’ was naturally developed from the lyrics for the song itself, which is about a profound inner transformation wrought by love.

I started with the key line ‘Something just like fairy dust has turned this heart of lead and rust to gold’ and set out to illustrate this re-enchantment.

It was very important to me to draw attention to the lyrics and present the heroine as having some intellectual agency, especially because women in music are often stripped of everything except their sexual or emotional appeal. To this end, I used the image of the classic (usually male) ‘writer’ working at a vintage typewriter and that conjured up the use of the Film Noir aesthetic for the whole video.

But I also used elements influenced by two of my favourite directors Tim Burton and David Lynch, and even Fritz Lang’s Metropolis.

And you can now watch EMBERHONEY’S stunning new video, which accompanies the single Some Kind of Alchemy below:

Advertisement. Scroll to continue reading.
In this article:Emberhoney