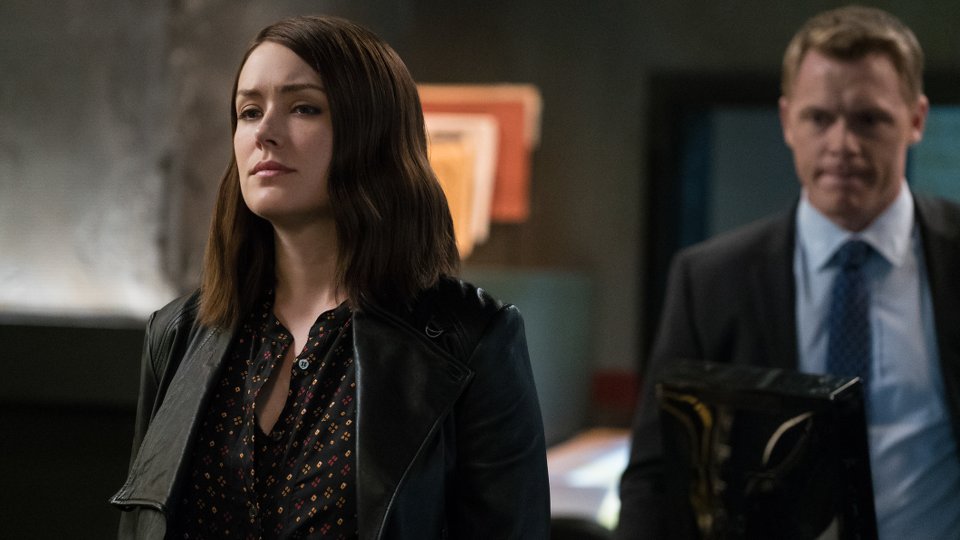 Liz (Megan Boone) continued to search for Agnes on the latest episode of The Blacklist.

Her sudden reappearance after her ‘death’, caused friction at the Task Force with Samar (Mozhan Marno) deciding to quit and Aram (Amir Arison) telling Liz that it will take time for all of them to readjust.

Meanwhile Reddington (James Spader) directed the Task Force to find Miles McGrath (Tate Ellington) who was an ally of Alexander Kirk’s (Ulrich Thomsen). By finding him, Red believed they could track down Kirk.

Elsewhere Mr Kaplan (Susan Blommaert) regained consciousness and was discovered trying to get out of the woods.

The next episode of the season is Gaia. Red sets Liz and the Task Force on the trail of an eco-terrorist with a connection to Alexander Kirk. Meanwhile, Tom (Ryan Eggold) takes matters into his own hands.