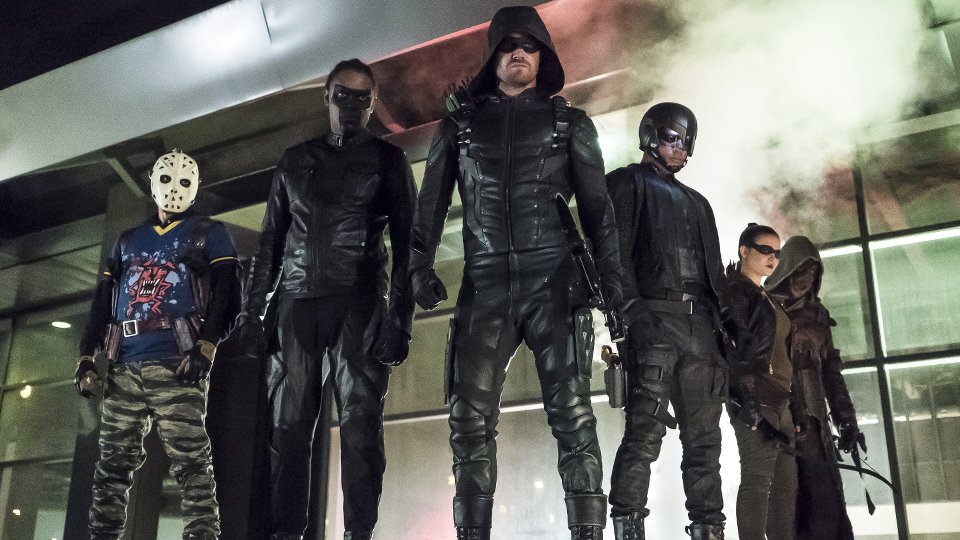 Tobias Church (Chad L. Coleman) was caught in a trap by Oliver (Stephen Amell) on the latest episode of Arrow.

With the help of Christopher Chance (Wil Traval) aka Human Target, Oliver faked his death outside City Hall. The setup happened after Team Arrow realised that Church needed to take Oliver out to fully realise his drug traffic plans.

Diggle (David Ramsey) and Christopher raided Church’s meeting and captured him. Oliver came clean about his fake death and Church was arrested. Prometheus stopped Church being transported to prison and killed him, but not before Church revealed Green Arrow’s real identity.

Elsewhere Rene (Rick Gonzalez) struggled to come to terms with giving up Green Arrow’s identity to Church, Susan Williams (Carly Pope) discovered that Oliver was in Russia when he claimed to be on the island, and Oliver found out that Felicity (Emily Bett Rickards) is dating Billy Malone (Tyler Ritter).

The next episode of the season is So It Begins. When Prometheus ups his killing spree, Oliver searches for connections between the victims.