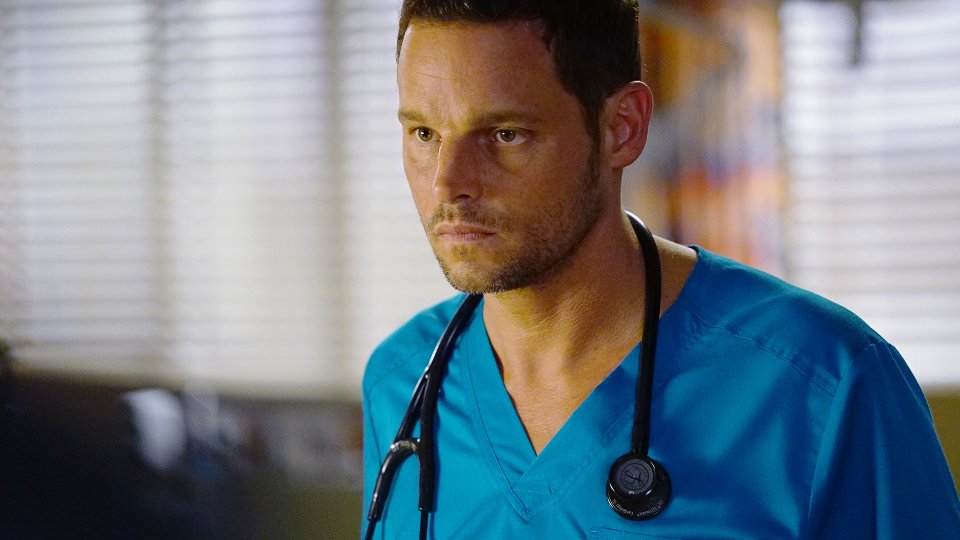 The doctors at Grey Sloan had to deal with the aftermath of a car crash on the latest episode of Grey’s Anatomy.

The accident involved members of the same family as they were heading to a funeral and the family animosity spilled over into the ER. Steph (Jerrika Hinton) tried to find somewhere to put the corpse for the man who had died, and the deceased’s widow died and came back to life during her time in the hospital.

Elsewhere Arizona (Jessica Capshaw) returned from New York and caught up on what had happened between Alex (Justin Chambers) and DeLuca (Giacomo Gianniotti), Ben (Jason George) taught his step-son a lesson when Bailey (Chandra Wilson) was too busy to help out, and Amelia (Caterina Scorsone) stepped in to mediate between Meredith (Ellen Pompeo) and Maggie (Kelly McCreary) when the sisters butted heads over Riggs (Martin Henderson).

Also April (Sarah Drew) brought her baby to the hospital after growing bored of having to stay at home.

The next episode of the season is Falling Slowly. Alex realizes the clinic doesn’t make him less of a doctor while Meredith struggles with professionalism with Riggs.