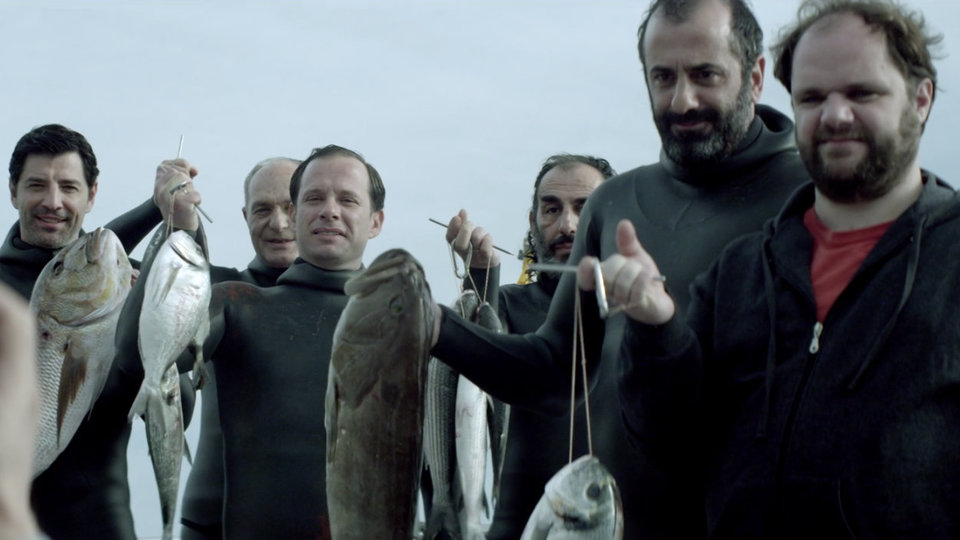 In the middle of the Aegean Sea, on a luxury yacht, six men on a fishing trip decide to play a game. During this game things will be compared. Things will be measured. Songs will be butchered, and blood will be tested. Friends will become rivals, and rivals will become hungry. But at the end of the voyage when the game is over, the man who wins will be the best man. And he will wear upon his littlest finger the victorious signet ring: the ‘Chevalier’.

Chevalier (out now to own on DVD and Blu-ray) marks the third feature film from celebrated Greek director Athina Rachel Tsangari following Attenberg and The Slow Business of Going. It has been co-written by Tsangari and Efthymis Filippou – the incredibly talented writer behind Academy Award-winning Dogtooth and BAFTA-nominated The Lobster.

Together, the six actors shared ‘Best Actor’ at 2015 Sarajevo’s Film Festival for their amazing collaborative performance.

For your chance to win one of 3 copies of Chevalier on DVD, all you need to do is answer the following question below.