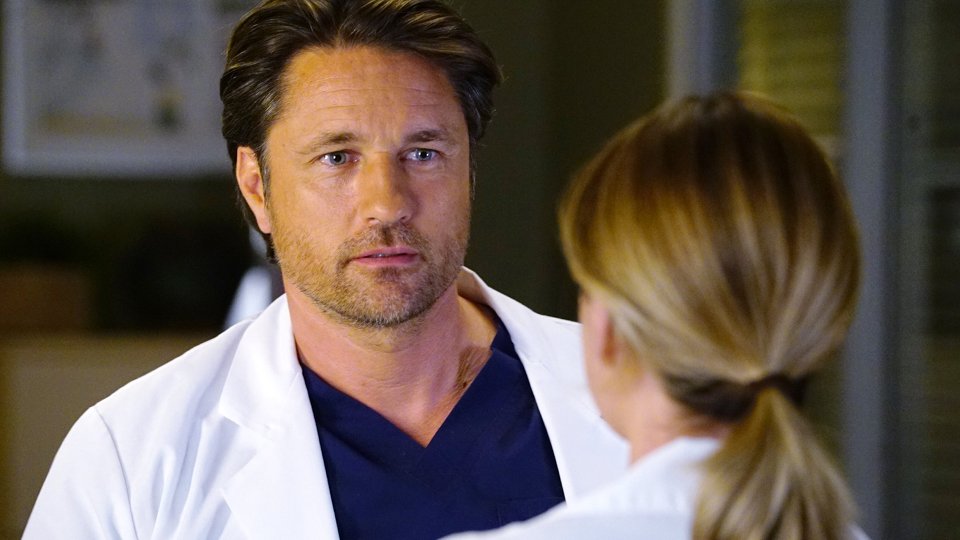 Alex’s (Justin Chambers) woes went from bad to worse on the latest episode of Grey’s Anatomy.

First he was charged with a felony assault in the second degree, then he was demoted to work at the Denny Duquette Memorial Clinic after jeopardising a child’s kidney transplant due to being distracted.

April (Sarah Drew) had trouble being separated from her daughter and Jackson (Jesse Williams) asked her to move in with him while she recovers. Meanwhile Steph (Jerrika Hinton) supported Jo (Camilla Luddington) as she made the decision to permanently break up with Alex.

Elsewhere Maggie (Kelly McCreary) asked Riggs (Martin Henderson) out and he turned her down.

The next episode of the season is I Ain’t No Miracle Worker. A family argues at the hospital following a car crash at a funeral; Arizona (Jessica Capshaw) is caught between Alex and Andrew (Giacomo Gianniotti); Ben (Jason George) has a new parenting role; Amelia (Caterina Scorsone) helps Meredith (Ellen Pompeo) and Maggie work through a problem.