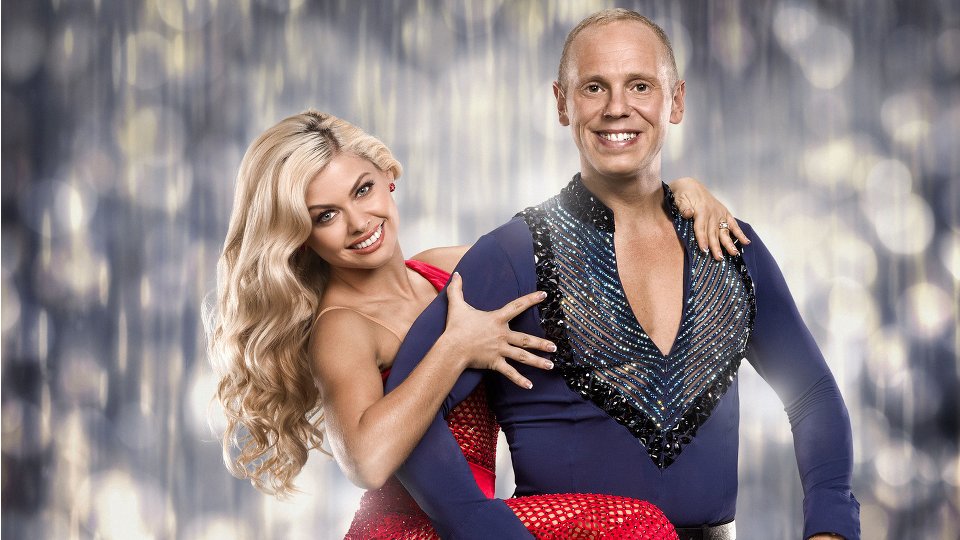 Danny Mac and Ore Oduba tumbled down the leaderboard after underwhelming with their routines. Laura Whitmore returned to the competition fighting and came joint first on the leaderboard with Claudia Fragapane.

Anastacia reunited with pro dancer Brendan Cole but it wasn’t enough to keep her in the competition. She was eliminated after losing the dance-off to Daisy Lowe.

Tonight the remaining 9 couples danced to secure their place in the competition. Tess Daly and Claudia Winkleman were on hand to offer support to the couples and the judges – Craig Revel-Horwood, Darcey Bussell, Len Goodman and Bruno Tonioli – offered up their usual mix of critique and praise.

Find out how all of the couples got on by reading on….

Actor Danny Mac had a terrible week last week and saw his grip on the leaderboard slip. Despite a bad week, Danny and his partner Oti Mabuse hit training hard and went for a game of pool during the week. Tonight Danny and Oti danced the Jive.

The dance: Danny is back in action this week! He really shone on the dance floor and rectified last week’s mistakes. The performance should see him soar back up the leaderboard.

The comments: Len said that he thought Danny was back in the game and called him ‘fast foot Danny’. Bruno said that Danny’s dexterity of movement was great and told him he played in a wonderful and unexpected way. Craig disagreed with Bruno and said it was OK telling Danny he nailed the pirouettes. Darcey said she loved the attitude and speed of the routine.

Model Daisy Lowe has unfairly been in the bottom two twice this series. Last week she was saved by the judges and I have to admit I have no idea why she was in that position. This week Daisy had everything to prove and she hit the rehearsal room with Aljaz Skorjanec. Tonight they danced the Viennese Waltz.

The dance: A lovely performance from Daisy. Something about her isn’t connecting with the audience and that’s such a shame. She’s a wonderful dancer and is committed to getting better every week.

The comments: Bruno told Daisy that the performance was beautifully danced. Craig said he loved the quirky feel of the dance but offered a couple of criticisms. Darcey said that Daisy was in control throughout the performance but told her to exaggerate her top line. Len said that it was a charming dance.

Ore Oduba had a very bad week during Halloween. He fell down the leaderboard after struggling with his routine and the judges admitted they were disappointed. Preparing for the week Ore threw himself into the routine in a bid to prove that he could regain his former glory. Tonight Ore and Joanne Clifton danced the Salsa.

The dance: The last lift was a bit clumsy but for my money Ore was a lot better than last week. He has a natural rhythm and really enjoyed himself tonight. What a performance!

The comments: Craig said that Ore did all of the lifts correctly but told Ore that the figure 8 in the hips wasn’t there. Darcey said there was plenty going on in the choreography and told Ore he did great lifts. Len said that he had a good look at Ore’s bum and told him his hips were hypnotic. Bruno told Ore he turned up the heat this week and said the partnership with Joanne was finely tuned.

Former politician Ed Balls climbed up the leaderboard last week and for the first time this series he wasn’t at the bottom! This week Ed was determined to stay in the judges’ good graces. For his dance this week Ed and his partner Katya Jones danced the Quickstep.

The dance: Say what you like about Ed but he’s giving it his all and he’s improving every week. I really liked the routine this week and he is holding his own against the other dancers.

The comments: Darcey said it was a clever Quickstep and told Ed there was so many good things about his performance. Len said that Ed needs no help giving an entertaining performance. Bruno said that he would give Ed a 10 for comedic mayhem and commended him for lots of content. Craig said that Ed was improving and admitted it was ‘brilliant to see’.

Laura Whitmore came back fighting last weekend with her best dance yet. She topped the leaderboard and proved why she was still in the competition. This weekend Laura and her partner Giovanni Pernice dancing the Samba. During the week they practised their moves on the red carpet at the Pride of Britain Awards. Did she give another show-stopping performance?

The dance: Laura is still fighting for her place in the competition but she wasn’t as good as last week. Her technique is improving but she struggled with the speed of the routine.

The comments: Len said that Laura is a star but said he would enjoy more Laura and less Giovanni. Bruno said that Laura really sizzled and told her she put everything into it. Craig said he felt it was a bit awkward but told her she did a really good job. Darcey said it was very nice and told Laura she noticed that she worked hard on the hips.

Judge Rinder did a great job last week and is slowly climbing up the leaderboard. This week the pressure is on and Judge Rinder’s partner Oksana Platero worked him hard in the training room. Tonight Judge Rinder and Oksana danced the Quickstep.

The dance: That was Judge Rinder’s best dance yet. He’s really working hard to prove that he can dance and this week he showed he deserves his place in the competition.

Louise Redknapp pulled it out of the bag last week after the judges told her that thought she may have plateaued. Following her great reception last week, Louise had a renewed confidence and worked hard with her partner Kevin Clifton to perfect the Argentine Tango. Did their work pay off?

The dance: That was technically brilliant and possibly the best Louise has danced so far in the series. She oozed confidence and I think that she may have secured her place in the series final with that performance.

Greg Rutherford had a bad week again last week when the judges didn’t appreciate his Rumba. The Olympian has been getting frustrated with the comments he’s been getting and last week we saw his partner Natalie Lowe get upset at the criticism. After being visited by his family during the week, Greg felt confident about his Viennese Waltz.

The dance: That was a better effort from Greg this week but he’s still one of the weaker dances in the competition. Still that was one of his best performances.

The comments: Darcey told Greg that his freearm was thrown out at times. Len said that Greg came back with a bang but told him he lost a bit of energy towards the end. Bruno said it was full of melodrama and told Greg he liked it. Craig criticised Greg’s hand placements but commended Natalie’s choreography.

The final couple to dance tonight was Claudia Fragapane and AJ Pritchard. Last weekend Claudia topped the leaderboard and tied with Laura Whitmore. The pressure was on tonight and Claudia worked hard with AJ Pritchard to make sure it wasn’t a one-off. Tonight Claudia and AJ danced the Paso Doble.

The dance: Another strong week for Claudia. She’s really found her groove the past week and she must have a good chance of getting to the final. Her partnership with AJ is a winning one.

The comments: Len said that he felt AJ overpowered the performance. Bruno said that they were both dynamic and told them they were beautifully colourful. Craig said he loved AJ’s choreography and congratulated them. Darcey said she wants more exaggeration in the upper body and told Claudia to stay in character.